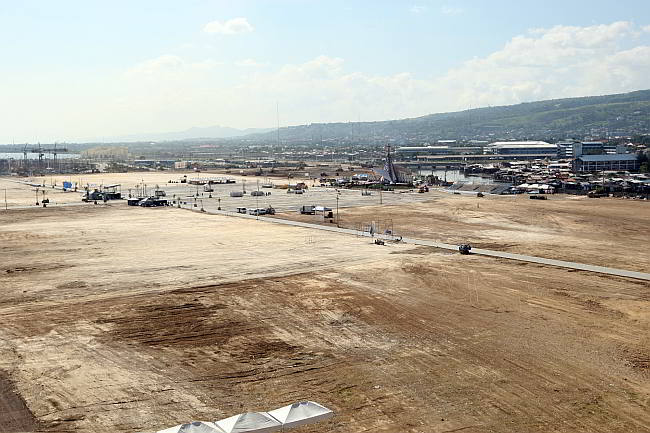 One of two lots put up for auction at the South Road Properties. (CDN FILE PHOTO)

The Cebu City government has put up for auction two lots at the South Road Properties (SRP).

Lot 8, on which the Chapel of Saint Pedro Calungsod stands, is 26.3 hectares. Lots 7 and 17, which have been consolidated, have a combined area of 19.2 hectares. These are being offered at a floor price of P20,000 per square meter.

An invitation to bid for the two lots was published on May 30 and June 5. It will be published again on June 12.

A pre-bid conference has been set for June 18, a day after the site inspection.

Sale of the two lots is expected to generate at least P9 billion, which will be used to partly fund the city government’s P13.4-billion annual budget for this year.

Only corporations with at least P25 billion in assets based on their 2012 financial statement may participate in the bidding.

A bond equivalent to 10 percent of the bid amount, in cash or manager’s check, will be collected from each bidder.

For the winning bidder, it will form part of the 50-percent down payment.

The balance is to be settled by installment in a period of over three years with an annual interest of six percent. The losing bidders’ bonds will be returned when the award is concluded.

The Cebu City Council passed in August last year a resolution authorizing Mayor Michael Rama to negotiate for and in behalf of the city government and sell the two properties through public bidding.

In the original Terms of Reference (TOR), bidders of the 26-hectare lot were required to construct an arena with a minimum seating capacity of 16,000.

This was later scrapped by the Committee on Awards because SM Prime Holdings, Inc. is planning to construct an arena at the 30-hectare SM Seaside Complex, also in the SRP.

Read Next
A piece of paradise in Olango