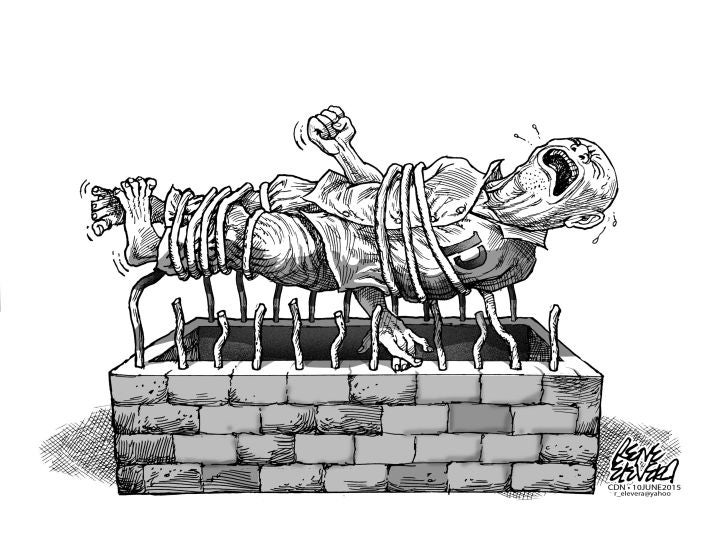 At this point in time, it’s difficult  to confirm whether or not the inmates at the Cebu Provincial Detention and Rehabilitation Center (CPDRC) were affected by spirit or demon possession or simply suffered from the dismal, fetid conditions within their cells.

The general description of the inmates’ behavior goes something like this: They screamed in pain, shouted words like “pugngi ko kay naa mokuha nako (stop me, someone’s out to get me)” and supposedly create different sounds like a male or even animal voices.

The inmates are said to have gotten better when they were prayed over, only to react violently anew and had to be brought over to the clinic for treatment. Jail consultant Marco Toral had to call for priests to come over and pray for the inmates which somehow alleviated their condition albeit temporarily.

Of all the statements issued in relation to the incident, the most plausible sounding came from Dr. Christina Giango who said the inmates may have ingested carbon dioxide that caused them to react the way they did.

According to health websites like co2science.org, high concentrations of carbon dioxide in the blood can cause hypercapnia which could lead to the more severe condition called acidosis whose symptoms include headache, dizziness and visual disturbances. If left untreated, it can cause death.

Still, based on the description, the possibility is that the CPDRC inmates suffered from mass hysteria, a not so uncommon psychological condition in which a group of people suffer from delusions and are led to believe they are suffering from a similar disease or ailment.

In a March 29, 2015 article entitled “Mass hysteria is a powerful group activity” that was published on The Guardian, writer Carol Morley cited the case of 240 pre-teen girls in the remote town of El Carmen de Bolivar, northern Columbia who suffered from fainting spells, shortness of breath, convulsions and headaches.

She consulted Simon Wessely, president of the Royal College of Psychiatrists, who defined mass hysteria as “people having to believe they are ill and collectively communicate that illness through psychological means.”

For that to happen, Morley wrote, there has to be a trigger or stress factor and in the case of the CPDRC inmates, it could be their polluted surroundings or the carbon dioxide that Dr. Giango talked about.

But until the Cebu Archdiocese and medical authorities finish their inquiry on the case, it just won’t do for officials like Toral to suggest that the inmates suffer from spirit possession.

Doing so will only create panic and compel other inmates to demand transfer, resulting to bigger problems for the province.