Billboard ‘too sexy’ for City Hall 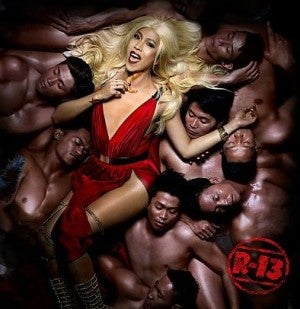 She said that as chairman of the Cebu City Anti-Indecency Board, she was acting on complaints about the billboard image of the gay comedian who wears a revealing red gown and a blonde wig surrounded by shirtless, muscled men.

“It’s sexually suggestive. The board hasn’t met yet about it but as chairman of CCAIB, I already took action. We don’t want to just wait since there are already a lot of people who’ve seen that,” Mercado told Cebu Daily News.

They said the image they used for the billboards was given by ABS-CBN, the home network of Vice Ganda.

“The Cebu leg of the concert is part of a series. TSE Live was only staying in line with its format.

TSE Live accepts the Mayor’s call to change the material and is in the process of doing so,” the organizers said in a statement sent to CDN. 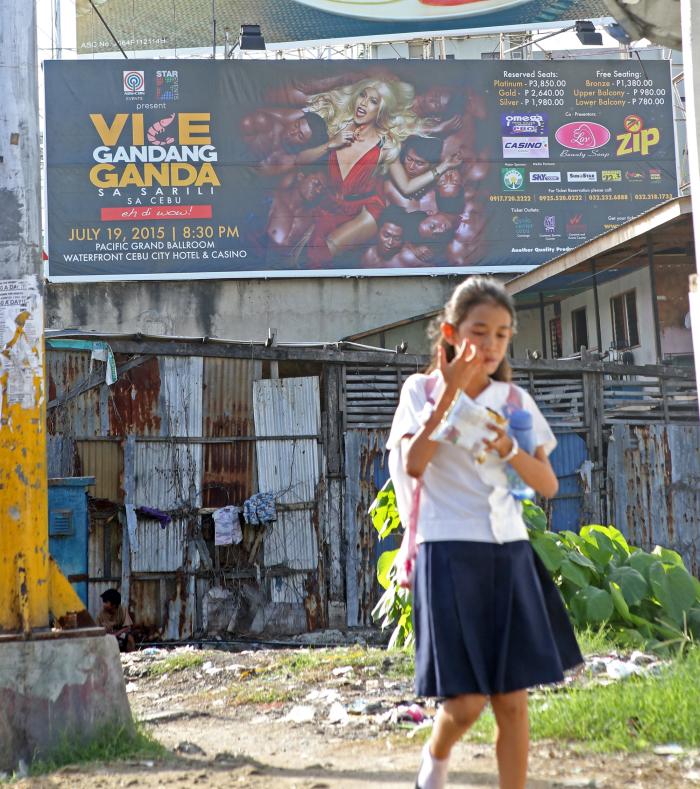 Does this image of Vice Ganda and male escorts offend? The promotion billboard on Juan Luna Avenue in Cebu city was ordered taken down but the concert will go on.

The show is is scheduled on Sunday, July 19 at the Pacific Grand Ballroom of the Waterfront Cebu City Hotel and Casino.

Organizers said they had no problem with following the CCAIB ‘s directive since they don’t intend to violate the law.

But they said this should have been properly communicated earlier since the billboards have been up for almost two weeks.

They didn’t receive an official communication from CCAIB.

Promoters still have to decide whether to replace the billboard with a different image.

“It’s only a few days before the concert and putting up a new billboard is added cost on our side. Maybe we won’t be replacing it anymore,” they said in the statement. 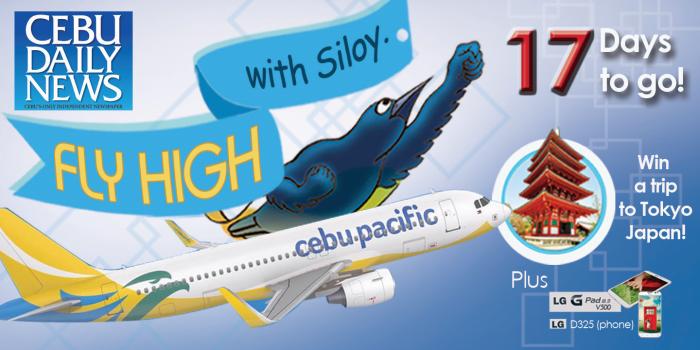 Mercado said that based on City Ordinance No. 1408, which creates the CCAIB, the city can impose a fine of P5,000 per billboard if  organizers don’t take it down by today.

Two billboards on Juan. Luna Ave. across the Mabolo police station and another in barangay Kamputhaw were inspected by City Hall personnel in the afternoon.

“We can’t take down the billboards because we don’t have the means. Instead, we will send a letter to the ad agency to take of the billboard or pay the fine,” said Raquel Arce, of the  Prevention Restoration Order Beautification Enhancement (Probe) team.

Councilor Lea Japson, a CCAIB member, who heads the committee on women and family affairs, said she received text complaints about the billboards last Sunday “from private individuals and religious groups.”

“They said it’s indecent so I called up Dr. Mercado and we talked about it,” Japson told CDN.

Japson said she hasn’t seen the billboards yet.