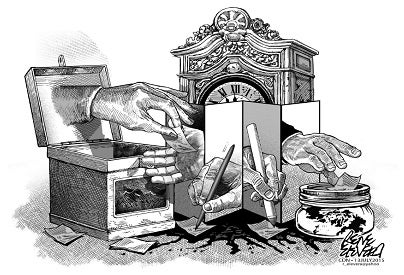 IT took just one demonstration held at the Bacoor National High School Annex in Cavite province last June 27 for the Commission on Elections (Comelec) to disprove the viability of the so-called “hybrid polls” system or the precinct automatic tallying system or PATaS (the Filipino term for equal or equitable).

Its main proponent, former Comelec commissioner Augusto Lagman, lobbied for PATaS supposedly to ensure transparency which had been complained about by candidates who lost in the previous 2013 elections.

The PATaS consists of manually voting and counting the votes at the precinct level and then inputting the results and transmitting them automatically.

In essence, it’s a step backwards to the notoriously labor-intensive, error-prone and turtle-slow pace of past elections that is vulnerable to manipulation of results, which Lagman’s group supposedly wants to do away with.

Incidentally, the state of next year’s elections was discussed in last Wednesday’s online forum hosted by the Philippine Daily Inquirer and its affiliates, including Cebu Daily News.

The Bacoor hybrid polls experiment showed that it took 41 minutes to count 20 ballots for national positions.

Multiply that time if it was conducted in an actual election and one can only imagine how long it would take for the full results to come out.

In that span of time, a lot of “phenomena” might happen that could be manipulated by election operators, whose services are at a premium and whose asking price would be met by powerful politicians who consider money to be no object when it comes to running for or clinging to their old positions of power.

The Comelec outlined these four reasons as grounds for rejecting the use of PATaS in next year’s elections which is especially useful to remind those still lobbying for PATaS, who may or may not be in the pockets of these powerful politicians and election operators:

First, “PATaS will cost more than the OMR (optical mark readers) system whether we refurbish or not,” he said (PATaS could cost an initially estimated P20 billion compared to the P2 billion plus for purchasing or renting of existing OMR machines).

Second, “PATaS will require the amendment of existing laws or the creation of new laws to allow it.”

Third, “the PATaS’ manual procedure is time-consuming, taxing and prone to human error.”

And fourth, “PATaS software still needs to be developed and this will require more than one year.”

If one wants to insist on a close to 100 percent cheat-free–and no system is guaranteed 100 percent perfect—or tamper-proof, transparent and fast election system, then 100 percent full automation should be implemented with election results posted in real time online.

In the absence of this, the existing partial but automated counting and transmission of election results is the next best thing.

Read Next
The significance of the Tañon Strait Ruling