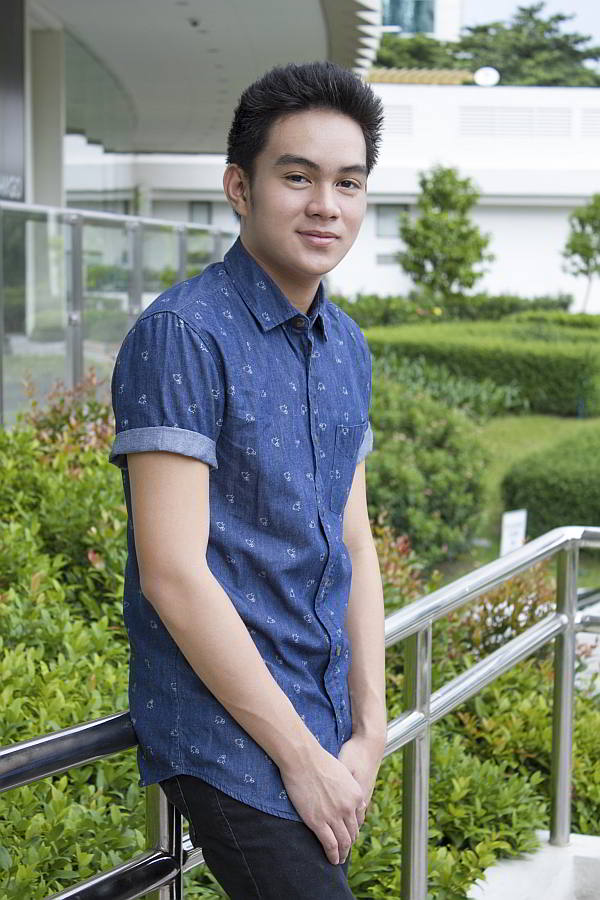 Meet Von Micah Crisdean Saw, the face and voice behind the hit song, “Sa Akong Heart,” that has become very popular among young music lovers. The catchy tune climbed up the charts and was awarded the Best Regional Song in the recently concluded MOR Pinoy Music Awards.

The 16-year-old campus crush was exposed to music at an early age, (his dad is a member of a popular 90s rock band and his mom sings) so it’s easy to picture him as a boy drafting songs in his room or singing his heart out in the shower. How this passion paved the way for  a promising musical career unfolded in the most unexpected day.

Von revealed that the turning point of his life happened when he was grounded by his mother—all cooped up in his room. When a talented boy only has his guitar for company, a lot of possible creative outputs could happen. For Von, he stitched words into stanzas and with the strings of his guitar, came up with a melody. A song was born! Since then, he has written several others, including his elementary school  graduation song, “Story for Your Life.”

This teenage heartthrob hopes to join the country’s tourism industry after college then travel around the world and reach Paris, the city of romance. His songs are all about love, he admits.

Swoon over Von, sing along with him and catch him today—along with other Bisdak artists—at the first VisPop Music Festival at UP Cebu grounds. For sure, he will be pulling some more heart strings with his performance.

How did your interest in music start?
Since I was a kid, ganahan na gyud ko og music but I never really think of it as  a personal passion. The only time I realized I  would be in it for the long haul started when I was grounded. Yes I was once grounded by my parents, so I was bored and was looking for something to do, got hold of a guitar and little did I know it, I was already playing it. It was during my sixth grade that I began writing songs. I wrote my elementary school’s graduation song and then decided that I should enroll myself in music school and what followed was the realization that music is indeed my passion.

You wrote a song when you were in Grade 6. Tell us more about it.
I think there were  a few of us who submitted our composition. I was just lucky that  akoang song ang napilian. I can’t seem to remember it pero it was just a song entitled “Story for Your Life.” It goes, “You only have this one life, to show the best in you. Make it a story for your life … “

Your parents must have played an important part in your interest in music …
I am with my stepfather now but my biological dad is from a very sikat 90s rock band, The Abyss. My stepfather is also musically inclined and my mom also sings. There are three of us kids in the family and I am the eldest.

What type of songs do you write?
Mostly pop rock centering on love. I haven’t written that many songs right now though.

The song “Sa Akong Heart” has become a big hit. How did you get to be its interpreter?
This was supposedly part of an excerpt of a musical play which was last year. We were just assessing how the public would react to it and somehow nindot man ang reaction sa public. From there, I got a chance to meet (songwriter) Jude Gitamondoc. It is an honor that he chose me to sing the song, which was co-written by Medyo Maldito (Rowell Ucat) and Ronald Ensalada. 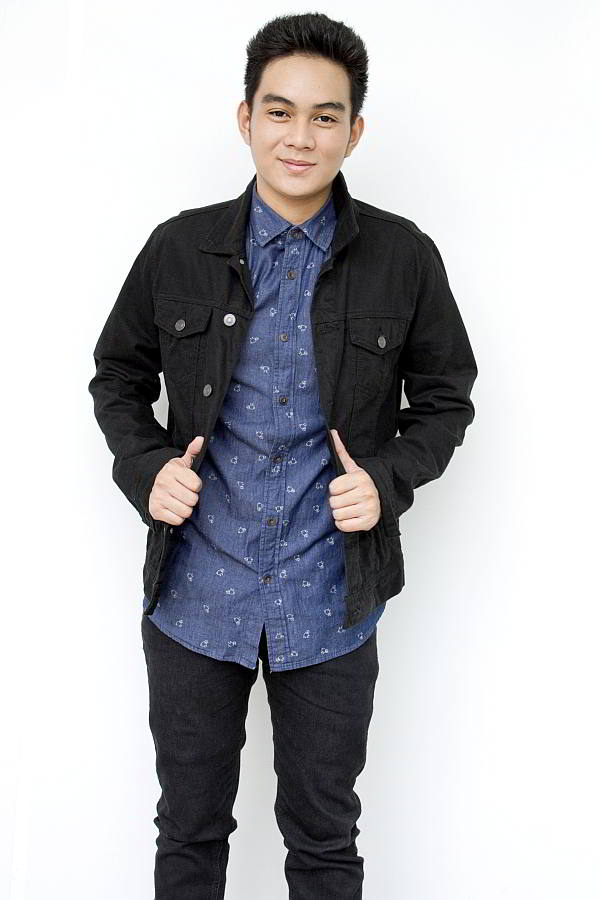 You play the lead in the upcoming Bisrock musical “Gugmang Giatay.” Tell us about it.
It is a comedy and I portray the character of Undo and my love interest is, who I am crazily in love with, is Inday. “Gugmang Giatay” is very alegre since it is about modern love and we have an interesting mix of modern characters like si Ben who is the typical “maya” macho gay guy nga call center agent. There’s
Inday who is a househelp na  a bit “tambok,” and I am the rocker type of a kid here. You have to see it because from start to finish you will see our characters develop and there’s somehow the emotional truth to all of it. These are stories and characters nga we can somehow relate to.

How have the rehearsals been, so far?
Karon kay sige among practice. I am just very focused and my interest towards musical theater is ultimate. I love what I am doing now.

How was the experience of singing before a huge crowd at the Araneta Coliseum during the MOR Awards?
It was surreal. Prior to it, gipangulbaan gyud ko. I was overthinking all the time, that maybe the audience wouldn’t like my performance. Pero when I got on stage,  okay na kaayo! As a whole I was just focused on the song. And also, kataw-anan kaayo ang experience because when we were there, one of the managers led us to our assigned room and it took me a long time to realize that I was already with Enchong Dee and other stars in that room.

If you were to choose between singing and acting, which would you prefer?
Singing. But if I can have and do both, why not? 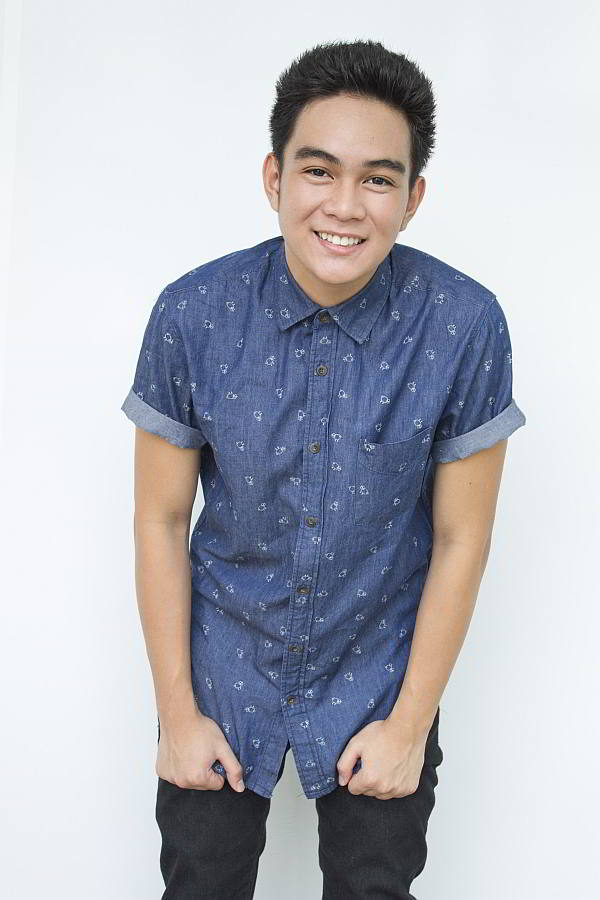 Are you open to joining talent searches?
Yes. In fact, I may audition for Tawag ng Tanghalan. Though I do have to think a lot about it since I know, and I receive a number of feedback that my voice is not that suited for competition. Everything isn’t final yet. I still have to decide.

How do you  keep your voice in tiptop shape?
Dili gyud ko mo-inom og bugnaw nga water especially if there’s an upcoming performance. And I also try to limit eating sweets.

Are you dating someone now?
I am single na. I used to have a serious relationship. Pero now, ganahan lang ko og time for myself. I want to concentrate on improving myself.

Aside from singing, what are your other interests?
Laagan kaayo ko. Last nako nga laag was in Bluewater Maribago.

How do you manage between your studies and your singing engagements?
Madala ra baya gyud siya though currently busy lang gyud kaayo ko. Most especially now that I have a lot of stuff to finish sa school. But at least when I get to perform that’s when I am able to divert myself from the pressures of school. My singing has become a stress reliever.

Have you already thought of what course to take in college?
Karon kay I am eyeing Tourism. Ganahan kaayo ko mo-travel.

What’s your dream destination?
Paris. I love its architecture.

Have you received offers to join showbiz in Manila?
So far, wala pa. Though I attended a workshop there last summer.

Are you open to joining showbiz eventually?
Why not? Right now since I am already here, I am just making the most out of it. The opportunity and all that. And we’ll just see unsa’y mahitabo in the future. I like the thought of what’s ahead. And yes, I am having fun.