LABELLA FITS IN AS CARETAKER 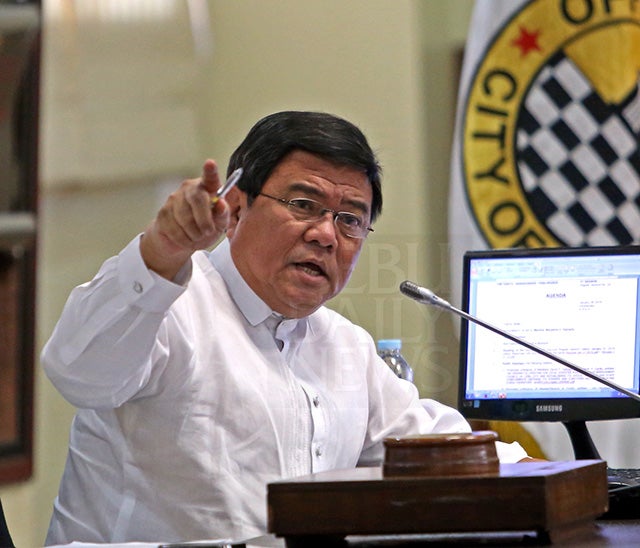 LABELLA: There’s a ‘template’ for what to do when the mayor is away.

Acting Mayor Edgardo Labella yesterday said he sees no need to transfer there and that he would pursue his duties as “caretaker of City Hall” in the vice mayor’s office in the legislative building.

“I don’t find it necessary to occupy the office of the mayor. I can work here in my office considering that it’s only 56 days (more to go before Rama returns),” he said.

In his first working day as acting mayor after the suspension, Labella led the Monday flag-raising ceremony and addressed employees, telling them to carry on.

“We have a mayor who has been elected by the sovereign will of the people of the City of Cebu. We will just continue to do our job. Just be good, keep good and make good all the time while performing our job and not to be disturbed by all these political skirmishes,” Labella said.

He later met with City Hall department heads in the conference room of the mayor’s office — a habit that Rama himself does every start of the week.

Labella told reporters that he still prefers to be called “vice mayor.” 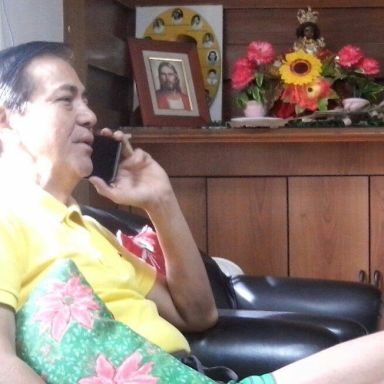 A relaxed Mayor Mike Rama takes a call at home in the Rama compound, his first Monday “off duty” since his preventive suspension was served Dec. 10. (CONTRIBUTED PHOTO).

He said he told the staff to “just continue what has been their normal routine unless there are problems that may arise; continue with the programs and projects of the mayor and of course to always be cooperative with one another,” he said.

He convened the Cebu City Disaster Risk Reduction and Management Council to get updates of typhoon Nona, which was due to bring heavy rains last night, and a protest rally by transport operations yesterday. (Traffic was not disrupted by the isolated mass action.)

He ordered members to monitor the situation and respond as needed in case of floods or landslides in the mountain barangays.

Before noon, he went out of City Hall to talk to some senior citizens groups. In the afternoon, he led a turnover of refrigerators to some barangays in the city.

Labella said he’s performed the role of acting mayor several times before during Rama’s trips out of town or abroad and that a “template” was in place for such absences.

The longest period was Rama’s nearly one-month personal vacation in the United States earlier this year.

But Labella said he would still seek official guidance from the Department of Interior and Local Government (DILG) about how to proceed in City Hall operations during the 60-day suspension period.

City Councilor Nestor Archival Sr. will assume as acting vice mayor and will preside tomorrow over the last City Council session for the year.

The City Council will finalize deliberations on the city’s 2016 annual budget.

These functions include signing documents, firing and hiring employees and representing the city in activities.