Binay gets boos from Cebuano crowd 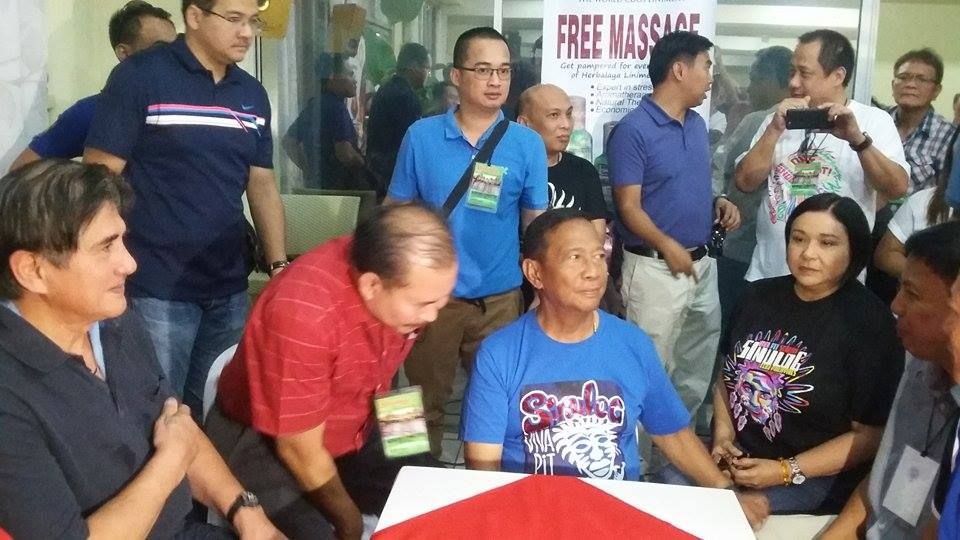 Close to 10,000 people inside the Cebu City Sports Center booed Binay on Sunday after he was introduced by suspended Mayor Mike Rama during the formal opening of the Sinulog Grand Parade past 9 a.m.

The boos grew louder when Binay stood to give a speech.

Apparently, the jeering prompted the Vice President to cut short his speech.

The Vice President and his group then went down to the media center to have breakfast comprising of tinuwang isda (fish-based soup with tomatoes and ginger), bodbod (sweet sticky rice wrapped in banana leaves), rosquillos (scallop-shaped cookies famous in Liloan town nothern Cebu) and ripe banana.

After breakfast, he went up back to the VIP section of the grandstand to continue watching the presentation on stage.

At least 32 dancing contingents, 49 floats, 31 higantes and 17 puppeteers would join the Sinulog Grand Parade that would start and end at the grandstand of the CCSC.

The contingents would parade around the major city streets in a carousel route, drawing in thousands of tourists and revelers who wanted to see their performance.

Although the dancing contingents would perform in the streets, they usually reserved their best routine during their final dance at the grandstand.

The Sinulog Grand Parade was the culmination of the 10-day festivities that started on Jan. 8 with the foot procession to the Basilica Minore del Sto. Nino

IBP to gov’t: Right the wrong and set firm policies vs red-tagging

After AFP’s blooper, Hontiveros asks: Is military not using its intel fund properly?

Guadalupe officials to ask church to do virtual Masses if…

Guadalupe to lift Sunday restrictions only if cases decrease

Eight Guadalupe residents nabbed for going outside their homes

DepEd urged to reinforce English as medium of instruction