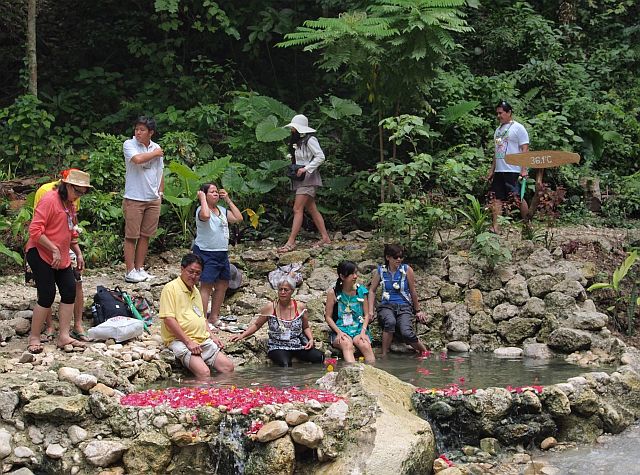 Lawyer Benjamin Cabrido, who assisted the complainant in filing the case, said several tourists were inconvenienced by the closure of the road.

The respondents claimed ownership of the lot where the road was built.

“That has been an established barangay road but they claimed it to be within their property. If indeed that is their lot, they have proper remedies to take and not resort to drastic actions that prejudiced tourists in the place,” he said.

Cabrido said he visits the Mainit Hot Spring every week to unwind and avail of its medicinal benefits.

“That place is not ordinary. Of all places, that’s the only one I visit every week because of the health benefits you get from the hot spring, not to mention its soothing scenery,” he said.

With the road blocked, he said they had to take a longer route which has also been described as unsafe.

“There’s no police visibility in the area. It’s really not safe for people,” Cabrido said.

The complaint will undergo preliminary investigation before the prosecutors’ office.

The respondents will be given a chance to submit their counter-affidavits and refute the allegations.

If there is probable cause against them, charges will be elevated to the court. Otherwise, the complaints will be dismissed.

Read Next
For emergencies, who do you call?