No reblocking of fire site 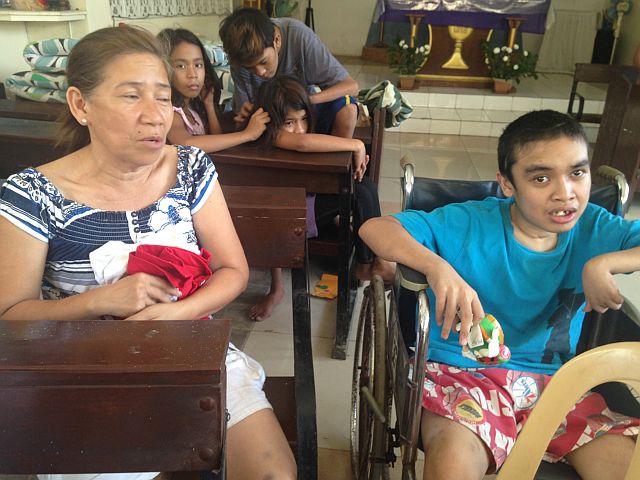 NOWHERE TO GO. Fire victims Flor Lanit and Jefflord Lanit are staying at the Chapel of Duljo Fatima until they are cleared to rebuild the home they lost to last Sunday’s fire. (CDN PHOTO/JULIT JAINAR)

There won’t be any reblocking on the fire site in sitio Mecabaha, barangay Duljo Fatima based on the assessment of Cebu City Hall’s Department of Social Welfare Services (DSWS).

Collin Rosell, who heads the Division for the Welfare of the Urban Poor, said he will meet with the 65 families or 290 persons that were displaced by last Sunday’s fire.

He said barangay officials felt that re-blocking was not needed since the area covered only 1,300 square meters.

Rosell said if the city conducts a reblocking of the area they will have to include the whole lot.

The property is owned by the Hospicio de San Jose.

Rosell said the lot doesn’t have a road network which makes it difficult for firefighters to reach the area.

“When a barangay is congested, we should plan for re-blocking right away. It’s the safety and welfare of our people that we are looking at,” Rosell said.

He said the re-blocking operations also allows the settlers to organize and make way for road networks in congested areas.

Rosell said the city government should talk with the settlers before resolving the matter of ownership with the lot owner.

Most of the victims are now staying in Barangay Fatima Elementary School while others returned to the fire site.

Rosell said clearing operations will be done as soon as the DSWS finishes their assessment.

Dr. Esther Concha, DSWS Chief said they started distributing meals to the victims and will soon give financial and housing materials tomorrow after finishing their assessment.

Some of the displaced settlers were second time fire victims.

Flor Lanit, who’s caring for a 23-year-old mentally ill son, has little choice other than returning to what was left of her home.

“Mobalik na lang mi kay wa man mi kahibaw asa pud mi, wa man mi kapuy-an (We just had to go back because we don’t know where we will go, we have no place to live in),” Lanit said.

During the fire, Lanit said she had to get her son’s Persons with Disability (PWD) ID before getting out of the house with him.

Another fire victim, Marilyn Cuyos, recounted losing her home in the area back in November 1, 2010.

Cuyos is living with her two sons and one daughter while her husband works in Qatar.

Last Sunday’s fire started at the third floor of the house owned by passenger jeepney driver Cristobal Semontiza that was occupied by his brother Zenon.

Senior Fire Officer Roilin Maratas said a spark from a wire set the curtain on fire which spread to other nearby homes.