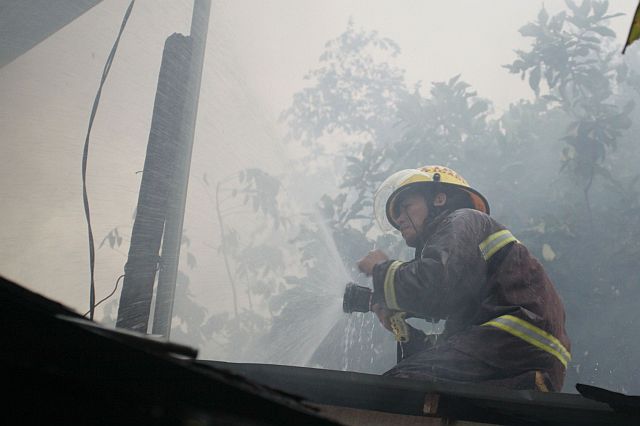 A firefighter trains his hose on a burning house at the height of yesterday’s Duljo Fatima fire. (CDN PHOTO /Lito Tecson)

No one was reported injured.

The second alarm was raised before the blaze was put under control 20 minutes later. Fire out was declared at 7:40 p.m.

In an interview, Semontiza said the fire started at the third floor of the house occupied by his brother Zenon.

He said the family of his brother was only alerted of the fire when the ceiling was already ablaze.

He said in Cebuano they believed it was an electrical fire. He said they tried to put out the fire with a bucket of water, but it instead grew bigger.

Don Ministerio, a neighbor living near Semontiza’s house, said he was able to save only some important documents from his home.

Bongabong said they are still investigating the cause of the fire.