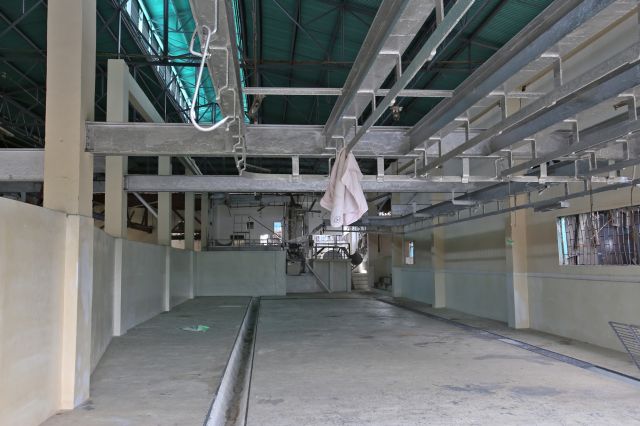 The Mandaue City government fell short of its revenue collection target last year because of deficits in the public market, city hospital and slaughterhouse.

“We don’t have a public market. Our hospital is also in deficit. Our slaughterhouse did not reach its target, although we still have an income,” he said.

Oliva said the slaughterhouse should be shut down because it’s not earning enough. The city government has set aside P380 million for a new public market.

He also said real property tax collection was a bit low because a lot of taxpayers were delinquent.

Oliva said around 17,000 real properties, whose owners have failed to pay taxes, will be auctioned off after the May 9 elections this year.

He estimated that the city failed to collect between P200 million and P400 million because of these delinquent property taxpayers.

“That’s only for the real properties. That does not include the business (taxes),” he said.

Oliva also noted that a lot of businesses have not registered while some existing businesses have  not renewed their permits, contributing to the low revenue take for last year.

“We have lots of business establishments that have not renewed their permits. Also, there are a lot of existing businesses that did not secure permits,” he added.

Despite this, he said they were likely to still record a budget surplus. He didn’t have the amount, but said it could be around P20 million.

“This is lower (than our) 2014 surplus. Basically we have more expenses last year (compared to previous years),” Oliva said.

Meanwhile, he said delinquent properties in the southern part of the city, such as those in the barangays of Subangdaku, Tipolo and Banilad, will comprise the first batch of properties that will be put up for auction.

Oliva said the Cebu City slaughterhouse near Mahiga Creek in Subangdaku will be among these.

The City Treasurer’s Office has thrice sent demand letters to the property owners, who still failed to pay their taxes.

The delinquent properties account for about a quarter of the estimated 70,000 real properties in Mandaue City.

Oliva said delinquent taxpayers can sue the city government to stop the auction or recover their properties.

“The only way to stop the city from taking over the property is to sue us. We are expecting that, and we are ready for that,” he said.