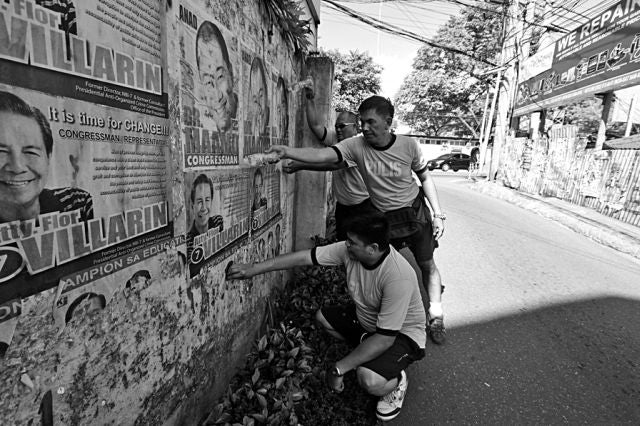 Rama said he issued a standing order for the Prevention, Restoration, Order, Beautification and Enhancement (Probe) team to remove these posters for violation of the city’s anti-littering ordinance.

He said there are really Team Rama posters and billboards within the city as well.

“I already called their attention. Team Rama is under the rule of law. All should abide by it. What’s most important right now is that there is such a thing as regulation. We have to bring it to all,” Rama said.

He said the city’s Probe team doesn’t have to be reminded about it.

Rama also mentioned the incident last month in which a streamer that called Cebu a “Binay Country” welcomed attendees of the 51st International Eucharistic Congress. He said it   was also removed by City Hall personnel.

One of Team Rama’s bigger campaign billboards can be seen near the Fuente Osmeña rotunda as well as near the flyover along Archbishop Reyes Ave.

The Commission on Elections (Comelec) Cebu City office said these campaign materials don’t violate the law against premature campaigning even if the campaign period for local candidates starts on March 25.

“We can’t regulate those because the Comelec’s mandate is to enforce election laws. As far as the Comelec is concerned, there is still no election violation,” Comelec Cebu City North District Election Officer Marchel Sarno said.

He mentioned the Supreme Court decision in Peneyra vs. Comelec wherein posting of election campaign banners and posters outside of the campaign period is still considered an exercise of freedom of expression.

The same ruling states that candidates can only be held liable of election offenses at the start of the campaign period.

Sarno said these posters are subject to local ordinances against anti-littering and nuisances.