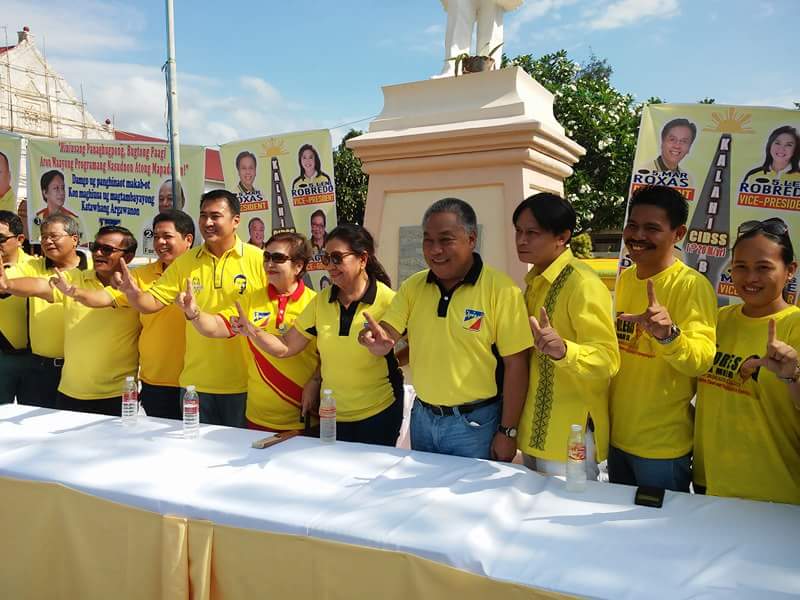 Cebu Gov. Hilario Davide III has vowed to install better facilities in all 16 provincial and district hospitals in the province should he be reelected in May.

“We will continue to provide free healthcare services to indigents through the zero billing policy and point-of-care program,” he said in a news conference at the public plaza in Argao town.

“There’s a minimal cost for paying patients, but the balance is covered by PhilHealth,” he added.

Davide, standard bearer of the administration Liberal Party, kicked off on Monday a three-day campaign trail starting in his hometown in Argao, about 68 km south of Cebu City.

The caravan was preceded by a Mass at the St. Michael the Archangel’s Parish.

Also present were supporters from the local government unit.

Aside from improving health services, Governor Davide also promised to improve the education, agriculture, and technical-vocational sectors in the province.

He pledged to continue his six-star agenda, his platform when he first ran in 2013.

Davide also said he will take into more serious consideration proposals to put up a Trans-Axial Highway, a 280-km highway from north to south of Cebu across the central Cebu mountains.

The governor earlier put aside proposals from various private groups because he found that it was not feasible at that moment and the provincial government had other priorities.

Congressman Caminero, who is also seeking reelection, promised to put up more farm-to-market roads in the province to bring in development to the agricultural district.

“There could be no development if there is no access,” he said during the same conference.

The second district is composed of the towns of Argao, Dalaguete, Alcoy, Boljoon, Oslob, Santander, and Samboan.

From the town plaza, the LP caravan made its way to the public market, with volunteers throwing posters, shirts, ballers, and paper fans, among others, to residents along the road.

The caravan will stop by Dalaguete, Alcoy, Boljoon, and Oslob before proceeding to Santander for lunch.

Read Next
THE HEAT IS ON