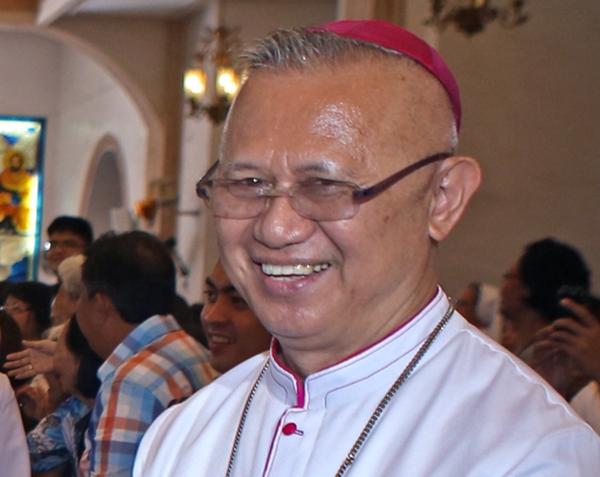 What once was a lonely voice in the pulpit against the surge of support for presidential candidate Davao City Mayor Rodrigo Duterte’s plan to eradicate crime through killings has echoed in the halls of the Church, as the two highest-ranking leaders of the Cebu Archdiocese have joined the call for Catholics to shun candidates who believe in violence.

Cebu Archbishop Jose Palma and Archbishop Emeritus Ricardo Cardinal Vidal in separate interviews with Cebu Daily News said that Redemptorist priest Fr. Crispin Mostajo was right to call on Catholics to examine their conscience before receiving holy communion if they agree with the candidate’s platform of violence.

“Priests have the role to educate and make people aware about the importance of the elections, discernment, as well as the continued study and assessment of politicians,” said Palma, adding that “Fr. Cris has a good point (in reminding voters) to be serious in our attitude in choosing the kind of candidates to support.”

While bishops and priests are prohibited from campaigning for a candidate, Palma said they can guide the faithful by presenting and teaching them about the qualities of a good leader.

“The election is not a game wherein we enjoy the campaign and then suffer the consequences of our decisions,” the bishop told reporters after a visit to a shelter for Yolanda victims built by the Catholic Church in the town of Sta. Fe, Bantayan Island yesterday.

On the Feast of the Divine Mercy last Sunday, Mostajo, parish priest of Our Mother of Perpetual Help Church in Cebu City, in his homily voiced concern over the rising popularity of a candidate whom he refused to name but described as one who promises to end criminality through killings.

“If you agree with this candidate, it’s time to re-examine your Christianity,” he said then.

Mostajo later explained in an interview with CDN last Wednesday that he just wanted people to understand how important it is to be in a “state of grace” before receiving the body and blood of Jesus.

“I’m not saying they cannot receive communion. All I did was to advise people. They need to know that there has to be congruency between our faith and actions. You can’t be so holy inside the Church and then you’re acting or thinking otherwise outside,” he said.

To be in a “state of grace” means one hasn’t committed a mortal sin which under the Catechism of the Catholic Church refers to grave offenses, usually acts that violate the Ten Commandments, and done with full knowledge and complete consent.

“One of the central commandments of our Lord is ‘Thou shall not kill.’ And so, it would be better for anyone who espouses violence not to receive holy communion,” he told CDN over the phone.

In a talk with reporters, Palma said that he does not see anything wrong with Mostajo’s message which simply reminded Catholics not to take the holy communion lightly.

The Catholic Church has repeatedly requested church-goers to avoid receiving communion when they are not in the “state of grace.” Priests, however, cannot refuse to give the sacrament to anyone who asks for it.

“The decision to receive communion or not is a decision made by the communicant. If you look at it, there are sins which could be considered grave offenses. We should not take these things for granted,” Palma said.

The Roman Catholic Church teaches that an erring Catholic must confess grave offenses before a priest or bishop before receiving holy communion as Catholics believe in the “real presence” of Jesus Christ in the Eucharist.

To have a “good confession”, one has to have the intention of returning to God like the “prodigal son” by acknowledging sins with true sorrow, according to Catholic teaching.

Cebu Archbishop Emeritus Ricardo Cardinal Vidal, in a separate interview, said that he is happy that Fr. Mostajo reminded people to avoid supporting candidates who espouse violence as a way to end criminality.

“To kill is a sin. Now, if you promote these people, (that’s not good). What the priest did was reasonable, ” Vidal said.