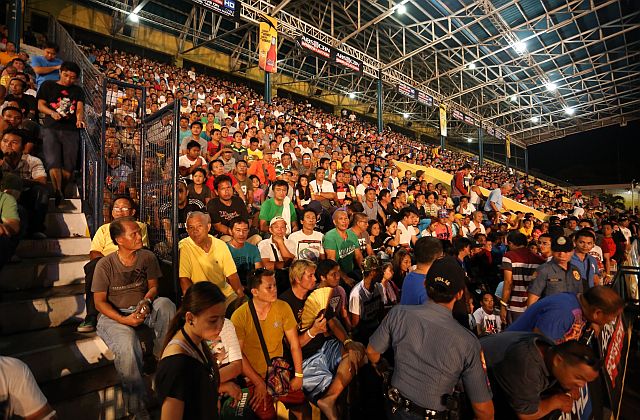 LAST Saturday’s The Time Has Come Donaire vs. Bedak fight card was a certified hit with at least 20,000 spectators filling every nook and cranny of the Cebu City Sports Center (CCSC).

Everything went as planned and the smooth flow of the mammoth boxing extravaganza drew praises from a top executive of Top Rank, which co-promoted the event along with ALA Promotions International and network giant ABS-CBN.

“It was a sensational event. There was a lot of hard work. We had a great crowd. The undercards were good. The main event was terrific as Nonito (Donaire Jr.) had a great title-defense,” said Brad Jacobs, Executive Event Producer of Top Rank.

Asked if there were some areas that needed  improvement, Jacobs said, “Not really too much. When you are doing an event, you want to have publicity, you have to have people there. You want an enthusiastic crowd and we had all of that. I hope it’ll be  a little cooler in temperature next time but we don’t have a control of that.”

With the success of the event, Top Rank is open to bringing in more fights in Cebu.

“Everything was terrific. We have partnered with ALA Promotions and ABS-CBN and I can’t see any reason why we would not come back because it was terrific,” added Jacobs.

Jacobs added: “We have a long-term relationship with ALA and ABS-CBN which are very organized and very good in what they do and that’s very important to us.”