Plania back to where career started 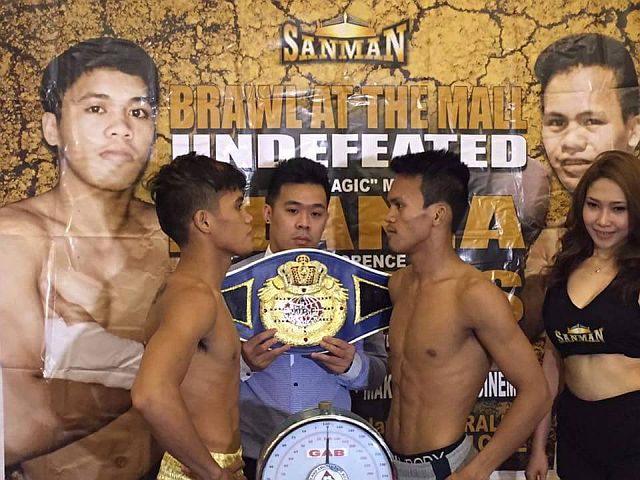 MAKATI City— “Magic” Mike Plania, an unbeaten bantamweight prospect from General Santos City, looks to make a good impression when he returns to the place where his career as a professional boxer started as he headlines today’s third installment of the Brawl In The Mall boxing series at the Makati Square Cinema here.

The fight card dubbed as “Undefeated” will have Plania staking his unblemished record against another unbeaten boxer Lorence Rosos of the Makati City-based MSA Boxing Gym.

“It was the same place where my first fight as a pro fighter took place. It happened in 2014 and I won via unanimous decision,” said the Sanman Boxing Gym stalwart, recalling his fight against Lordly Pateno.

Jim Claude Manangquil, the youthful chief executive officer of Sanman Promotions, said Rosos will be a big test for the 19-year-old Plania, who, for the first time in his young career, will be featured in a main event.

“He had a stellar amateur career and we want to see how he is going to fare in the pro ranks,” said Manangquil of Plania, a former member of the national team.

Both Plania and Rosos tipped the scales at 118 pounds in yesterday’s weigh-in at Tramway Buffet in Pasay City.

The two protagonists will figure in a 10-round showdown for the vacant World Boxing Federation (WBF) international belt.

“I know he is a good fighter but I am ready for him. We are both undefeated so this is going to be a good fight,” said Rosos (5W-0D-0L-4KOs).

Also out to stay unbeaten is another Sanman fighter John Vincent “Mulawin” Moralde (15W-0L-7KOs) who will be taking on Jimmy “Xcon Tirador” Aducal (8W-5L-2D-6KOs) in the main undercard.