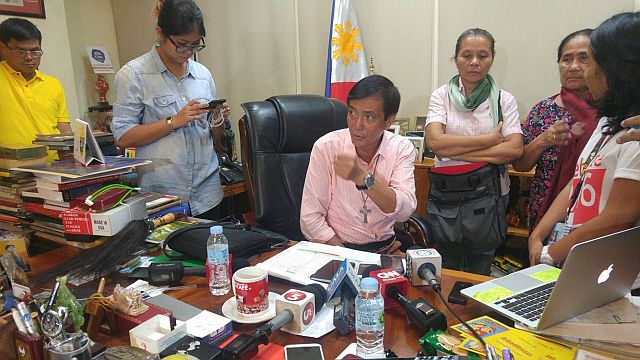 Cebu City Mayor Michael Rama announced he would not concede to his opponent, Tomas Osmeña of the Bando Osmeña Pundok Kauswagan, despite the latter’s over 40,000 lead in this election’s mayoral race.

Rama claimed that the votes that were credited to Osmeña were supposed to be his votes.

“I will be staying in my office here in City Hall all night together with my supporters in Plaza Sugbu who are holding a prayer vigil until my legal team and I can plot a distinct course of action,” Rama told reporters in an interview at his office shortly after midnight.

Rama maintained that the surveys he commissioned and results from his grassroots campaign have showen him to have higher voting figures than what the results were showing.

He added that he and Vice Mayor Edgardo Labella campaigned as a team so it was “impossible” for their numbers to be very far.

Rama also expressed disbelief that he lost in barangays that were supposed to be his bailiwicks, such as Barangays Basak San Nicolas, Pardo and Guadalupe.

He said he was also strongest in upland villages like Busay but he lost to Osmeña in this villages.

The prayer rally will be held at Plaza Sugbu and will serve as a “show of real numbers,” he said.

“I challenge Osmeña to show me his people, his voters and then we will see,” Rama added.

Labella, who has been enjoying an estimated 20,000-vote lead over his challenger, Councilor Nestor Archival, said he and Team Rama councilors who were leading in the official results would not be taking their oath until they have figured out what happened to Rama’s votes.