The fate of LP in Cebu 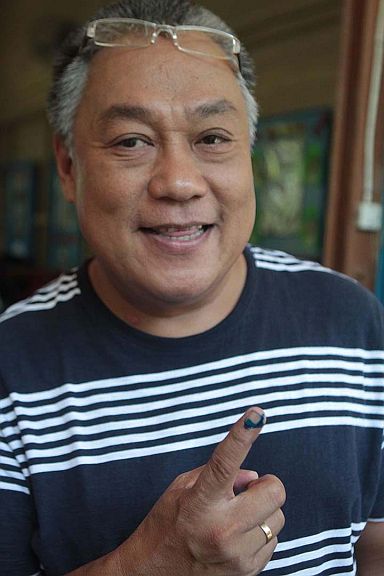 Will Liberal Party (LP) members in Cebu remain loyal to their party after the defeat of their standard-bearer Mar Roxas in Monday’s polls?

This question begs to be answered as political turncoatism or the practice of party switching to join the bandwagon for the winning party becomes common place in every post-election scenario.

While Governor Hilario Davide III, the LP-Cebu chairman and presumed winner of the gubernatorial race, awaits his official proclamation today along with his running mate reelected Vice Governor Agnes Magpale, an LP count of winning candidates showed that less than 50 percent of LP’s mayoralty bets made it to victory.

Of the total 53 mayors in Cebu, only 23 were allied with the LP, including the incoming mayors of the three highly urbanized cities — Tomas Osmeña for Cebu City, Luigi Quisumbing for Mandaue City and reelected Lapu-Lapu City Mayor Paz Radaza.

But for League of Municipalities of the Philippines (LMP) Cebu president Democrito Diamante (LP), reelected mayor of Tuburan town, it would not come as a surprise if any of them decided to jump ship to join the camp of President-elect Rodrigo Duterte.

“Normal na siya sa politika. Kon di gud ka moalyado sa naglingkod, layo kaayo ka sa dughan, (That is normal in politics because if you don’t ally yourself with whoever is in power, you will be very far from the heart),” Diamante said just two days after regaining the mayorship of his town in a highly contested race last Monday for his third and last term.

Diamante, however, said that he can stick it out with LP in the local level, unless Governor Davide decides to join the new administration party.

Davide, Diamante pointed out, was already quoted as saying that he would be willing to support Duterte’s administration.

“If that would mean joining Duterte’s party, it’s not a problem,” Diamante said.

For outgoing Cordova Mayor Adelino Sitoy, an LP member who openly supported Duterte’s campaign, he and his daughter, newly elected Cordova Mayor Teche Sitoy-Cho, can already be considered allies of the Duterte administration.

Asked whether he thinks the LP in Cebu will remain intact under a Duterte presidency, Gica said, “I am a member of the LP, but I have leaders in the group. I will abide by their decisions.”

Democrito Barcenas, convenor of the Mar-Leni movement in Cebu, said a Duterte presidency will greatly diminish LP members since there is no real party system in the country.

“Expect politicians like the Gullases, the Sitoys, the Radazas and even the Duranos to align or coalese with Duterte and the PDP Laban. The political landscape in Cebu and elsewhere will change,” he said in a text message to CDN.

Barcenas, however, hoped that the election of LP vice presidential candidate Leni Robredo will prevent a mass exodus of party members.

For his part, Cebu Gov. Hilario Davide III said, “I’ll have to support whoever is president of the Philippines. I’ve been consistent with my stand especially if the interest of Cebu is at stake.”

Though not yet officially proclaimed, Davide is the presumed winner of the gubernatorial race based on the results of unofficial tallies and a congratulatory statement by his rival One Cebu’s Winston Garcia.

Davide said he is grateful to Garcia for accepting defeat and echoed calls for unity and cooperation.

“Let bygones be bygones. The election process was painful. Let the healing start. Let’s put it (political differences) on the sand and let the waves of forgiveness erase it,” he said.