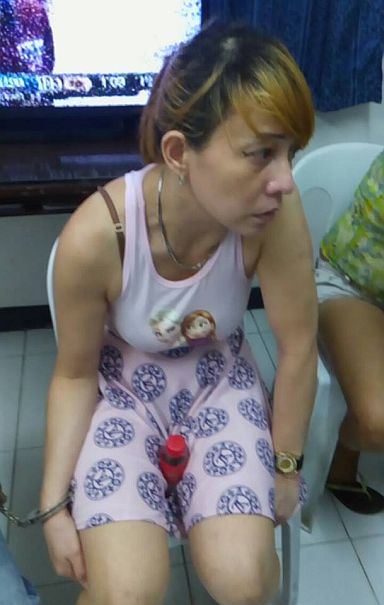 “Monique Ramirez” claims to be the daughter of Medellin Mayor Ricky Ramirez after she was arrested together with 8 others in Barangay Paknaan, Mandaue City. (CDN PHOTO/ APPLE MAE TAAS)

A woman who claimed to be the daughter of outgoing Medellin Mayor Ricardo Ramirez was arrested by elements of the Regional Anti-Illegal Drug Special Operations Task Group (RAIDSOTG) Friday night in a buy-bust operation in Barangay Paknaan, Mandaue City.

The claim was quickly denied by an angry Ramirez who said in a Facebook post, “ug pananglit duna karon madakpan unya muingun nga anak ni Duterte mutou pod dayun mu??? (if for example someone is arrested and claims to be (presumptive President Rodrigo) Duterte’s child, will you believe it right away?)

The girl who identified herself as “Monique Ramirez” could not present any proof to validate her claim and failed to recognize the mayor’s children when shown Facebook photos of Ramirez’s family by CDN at the police headquarters.

“Mga models ni sila (Are they models?),” she asked upon seeing the photos of the mayor’s mestiza daughters on the CDN reporter’s phone.

Senior Insp. Henrix Bancoleta, police team leader said that at least P470, 000 worth of illegal drugs, a hand grenade and a 357 revolver with five live bullets were seized during the raid. 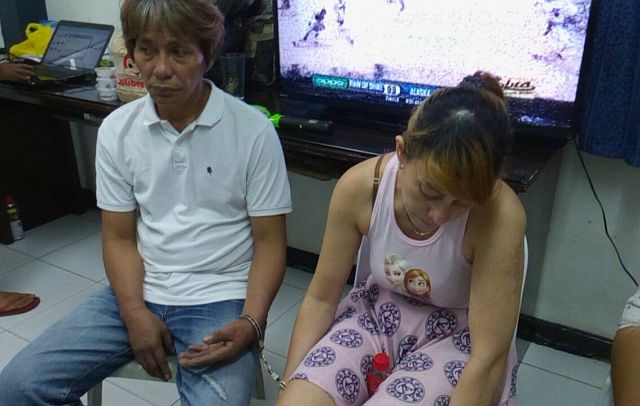 “Ramirez” w as caught in a drug den allegedly operated by a certain Arnel Cabiao, 39.

“Ramirez” claimed that she immediately texted her “father” about the operation but when asked by CDN for the number she texted, she refused.

In a chat with CDN, the mayor said that the claim was impossible as he only has four children, two girls and two boys. The girls, he added, are both living in the United States with none of them named, Monique.

Senior Insp. Joey Bicoy of RAIDSOTG told reporters that Cabiao has been under surveillance for two weeks. The arrest came after a police poseur buyer successfully boughtP200 worth of drugs from the suspect.

Read Next
DUMPIT IS FREE