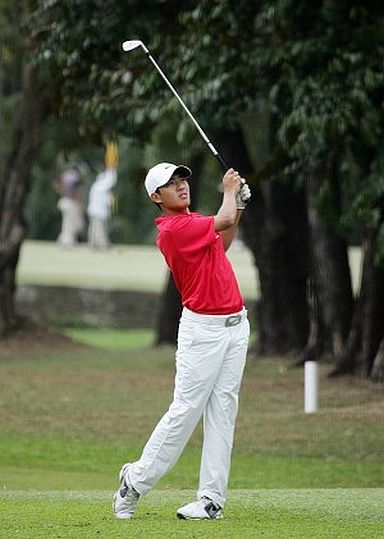 Cebuano golfer Lloyd Jefferson Go added another feather to his cap as he was named the NCAA’s Big East Men’s Golf Player of the Year.

Go, a proud product of the Cebu Country Club who is now playing for the Seton Hall Pirates in the NCAA’s Big East Conference, has had a tremendous season, one that saw him make history in winning the individual Big East Championship two weeks ago with a six-under par.

His historic tournament was fueled by a record-breaking second round that saw the Guadalupe-resident score a new course record of seven-under par 65.

That incredible performance was the lowest single round-ever for a Seton Hall player at the said competition and the second-lowest from any school in the history of the Big East Tournament.

This week, Go will be the first men’s golfer at Seton Hall to play in the NCAA Regionals since the team won the Big East title and advanced to the national event in 2001. Go, an individual player at the Kohler Regional, will begin play on Monday in Wisconsin.

The junior shaved more than two full strokes off his scoring average from a year ago and led the Big East Conference with a 71.50 average. Go tallied nine top-10 finishes in just 11 tournaments this year and shot a team-best 12 sub-par rounds. He has recorded five top-5 finishes and had four sub-par tournaments.

Earlier this spring, Go set a new Seton Hall record-low score for a three-round, par-72 tournament with a nine-under-par at the Loyola Invitational.

His nine-under is the second-most strokes under par in Pirate history.