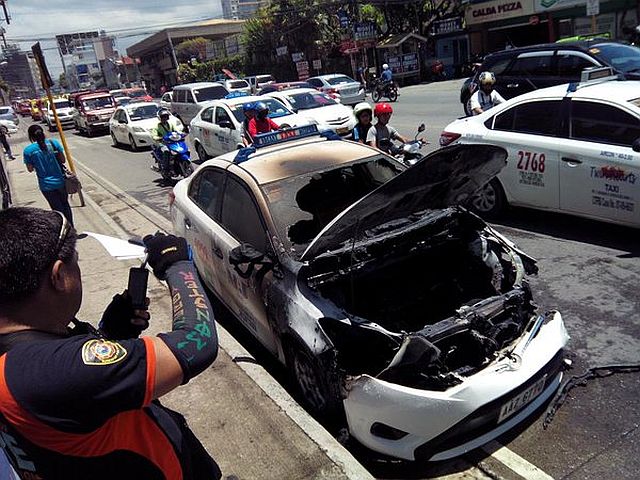 A TAXI unit caught fire while passing through Escario Street in Cebu City at 11 a.m today.

Driver Reynaldo Conson of M and J taxi said he asked his three passengers to get out when he noticed smoke and fire coming from the taxi’s hood.

The 50-year-old Conson said he was driving his unit with plate number AAZ 670 in uptown Cebu City Monday morning when he picked up his passengers, a couple and their son, near Windland Tower along Escario Street.

They asked to be brought to Ayala Center Mall. On reaching the vicinity of barangay Kamputhaw, he saw smoke and fire coming from his hood. Conson said he turned off the taxi’s engine before he got out of the taxi.