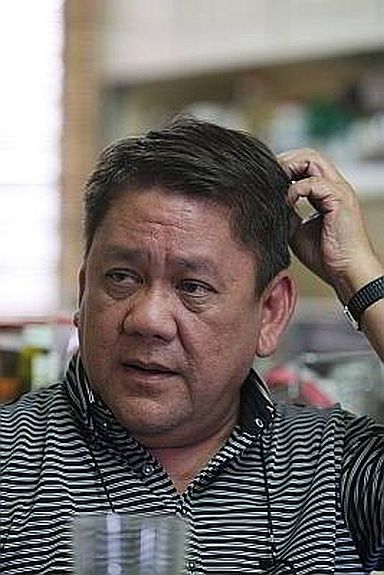 OSMEÑA: See what our police can do when there are no more drug protectors in control of City Hall?

Close to half a million pesos’ worth of drugs were confiscated in two police operations in Cebu City on Wednesday night.

Police also arrested three drug suspects and 13 other individuals, including a public school teacher, who were allegedly caught inhaling shabu in a drug den in Barangay Sambag 1 around 7 p.m.

“Our police don’t stop working!” said Osmeña, who described on his Facebook page as “good news” the recent police operations.
“Three catches in 24 hours isn’t bad at all,” he added.

Jeramil Sanchez was identified through his Department of Education (DepEd)-issued identification card. Sanchez refused to name his school.

Avergonzado said 12 small packs and two medium packs of suspected shabu worth P150,000 and a snubnose revolver were recovered during the raid.

Shortly before midnight, police also arrested drug suspect Jason Legarda of Highway Tagunol in Barangay Basak for possession of drugs worth P295,000, a .45 caliber handgun and a Beretta airsoft handgun.

Legarda was arrested by a team of Pardo police led by Insp. William Alicaba.

“See what our police can do when there are no more drug protectors in control of City Hall?” said Osmeña’s Facebook post.

The mayor-elect said he forwarded to CAIDSOTF last week a tip about a drug peddler operating in Barangay Sambag.

“CAIDSOTF has been conducting surveillance in the area since last week and has reported to me that the drug den’s location has been confirmed. Operation is ongoing right now and several people have been arrested at this time,” added Osmeña’s FB post.

Dr. Rhea Mar Angtud, DepEd Cebu province supervisor, said Sanchez will be meted with disciplinary actions after they have secured a copy of the police report on his arrest.

Angtud said her office would investigate Sanchez and submit their findings to their regional office for the imposition of penalties against him.

This was the second time that a public school teacher in Cebu province was arrested for illegal drug use. Police earlier arrested a teacher from Sibonga town who later resigned, said Angtud.