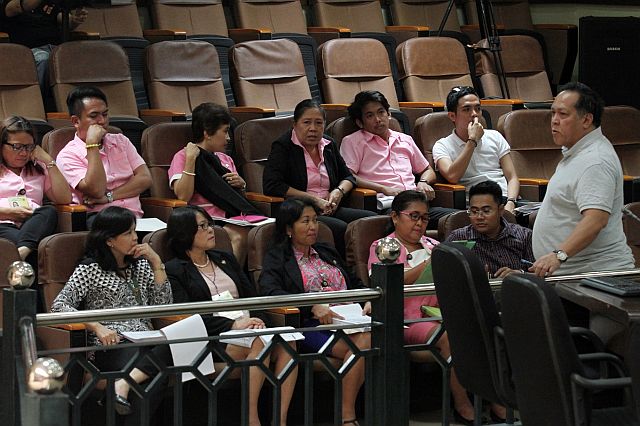 THE mid-year bonus due to Cebu City government employees will remain in limbo until City Hall can find where to source the money, Acting Mayor Margarita “Margot” Osmeña said yesterday.

The decision of the four-man city council to reject the 2016 annual budget means the city would be forced to function on a 2015 reenacted budget that did not provide for a mid-year bonus for its employees, Osmeña explained.

Osmeña said her husband, Mayor-elect Tomas Osmeña, has no plan to submit a new 2016 budget following last Monday’s rejection by the city council of the revised P6 billion annual budget.

“He said he will just work with the reenacted (budget). Because its useless, di ba? He have to work on the 2017 (budget) by next month (July) na lagi,” she told reporters yesterday.

Last Monday, the three councilors from Team Rama rejected the revised annual budget which contained the appropriation for the mid-year bonus of the 5,000 City Hall employees, despite efforts to convince them otherwise by the presiding officer, Councilor-turned-Vice Mayor Leah Japson, of Bando Osmeña-Pundok Kausgawan (BO-PK).

Councilor James Anthony Cuenco moved to deny the passage of the budget, saying it was a “collective sense of the group,” or the Team Rama, a local party led by now suspended Mayor Michael Rama, who lost his reelection bid to Tomas on May 9.

City Budget Officer Marietta Gumia said the city government has the discretion to operate on a reenacted budget, or the approved budget of the previous year.

However, this also means that around 70 employees hired from January to June this year would not get salaries as they were not included in the items approved in the 2015 budget.