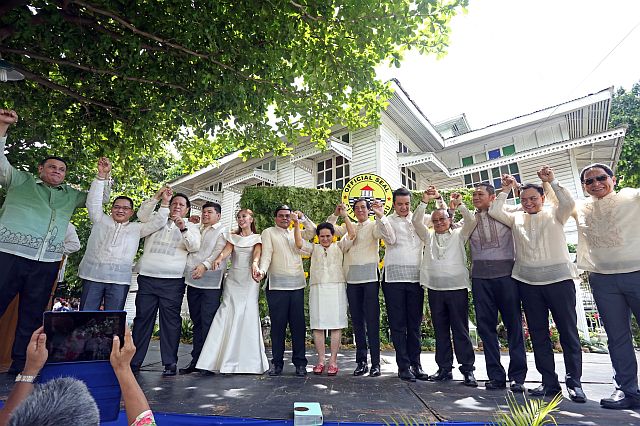 CLEANING up city hall of unnecessary employees and inefficient systems are among the first priorities of Cebu City Mayor Tomas Osmeña, who made a commitment to end corruption as he assumed office yesterday.

In his first press conference, Osmeña said the city needs to have an defensive and offensive strategy.

He will also have the city’s tax collection system reviewed to ensure that businesses pay the right amount of taxes.

“I don’t have the time nga mangita kog sala, mag-document kog sala (to look for faults or document them), I put you here because of trust and confidence, and there are questions regarding your performance, I will fire you. I’m like that; that’s why they will say I’m strict. I like to send reminders to those who don’t know me,” he said.

For now, no new department heads have been appointed.

“I don’t adjust to those things; I look at the needs of the city, and we will respond accordingly,” he said.

Osmena also said he renewed the appointments of several casual employees, many of them for only 30 days pending evaluation.

“I intend to bring down our payroll; it’s very bloated. It’s so politicized, and I don’t know what they are doing. Every ambulance is 20 personnel – they can’t even fit inside the ambulance,” he said.

Former Cebu City Mayor Michael Rama said he will still be around to help his allies.

Labella said that they picked Rama compound for the event after Margot refused to let them use the Plaza Sugbo grounds.

But a letter sent to General Services Office showed that Margot, then the acting mayor, gave instructions for the opposition group to be allowed use of the plaza, tents and monobloc chairs.