Jessy Mendiola is sexiest woman in the country for 2016 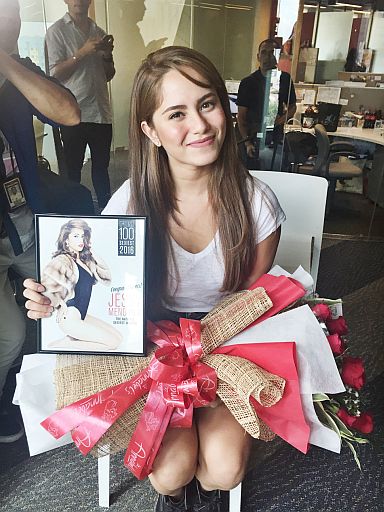 KAPAMILYA actress Jessy Mendiola has been named as the sexiest woman in the country, based on the official result of FHM Philippines’ online poll.

The men’s magazine has announced that Mendiola topped the online poll this year through a press statement released last June 30.
From the initial result last week, the actress has already secured the top spot after dethroning Nadine Lustre, who formerly ranked first in the initial tally of online votes.

It was a big leap for Mendiola, from ranking 23rd last year, beating celebrities who previously topped the online poll like Jennylyn Mercado, Marian Rivera, Angel Locsin and Sam Pinto.

FHM.com.ph’s managing editor B.A. Borleo said in a statement that Mendiola’s sexy charms has been evident online, as she posts raging hot bikini photos of her self on her social media posts.

“It’s not a question of ‘why her,’ but ‘why only now. We’ve all spent time checking up on her—the ads, the TV shows, the movies, her posts on social media, said Borleo.

“This woman is everywhere, her followers number in millions, and now they’ve managed to put their idol on top of theFHM 100 Sexiest List,” Borleo added.

Meanwhile, FHM Philippines editor-in-chief Allan Hernandez said, “She bided her time, honed her craft, pushed herself to be better, and now she is.”

The full list of FHM 100 Sexiest will be released in the July 2016 issue of FHM Philippines.