PETER LIM NOT ON WATCHLIST 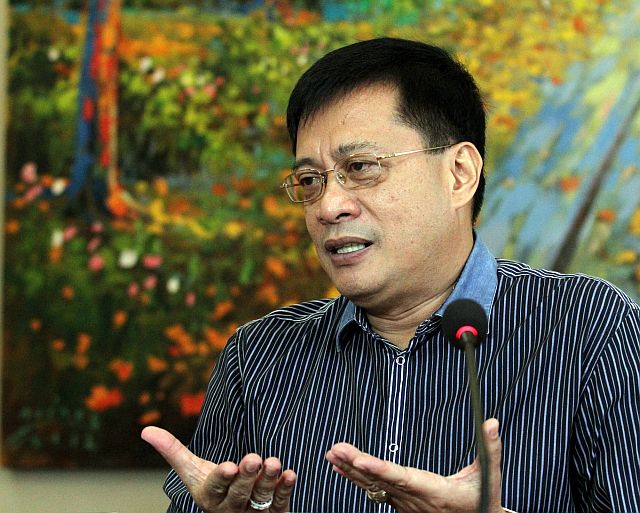 Loot says when he was Narcom chief, Lim’s name did not appear on list

Retired Police General Vicente Loot says Cebuano businessman Peter Lim was not in the police watchlist during his stint as chief of the Anti-Narcotics Unit.

As far as he knew Lim, Loot said the Cebu-based businessman was not involved in the illegal drugs trade.

“I’ve no idea, and I’m not the right person to say whether or not he’s into the business of illegal drugs,” Loot said, saying he has no basis to form an opinion.

He said he had been “out of circulation” for the last 8 years as he had been assigned in the administration division for 5 years then in training for 3 years before his retirement last year. Thus, he said he was no longer updated in the details of operations.

Interviewed by Cebu Daily News, Loot said when he headed the Regional Anti-Narcotics Unit based in Cebu from 2000 to 2002, Lim’s name was not in their watchlist of alleged drug personalities.

In fact, there was no longer a separate watchlist with the Narcotics Unit as it became unified with the Regional Intelligence Unit (R2), he added.
Lim and his brother Wellington were among the subjects of a congressional inquiry in 2001, after then congressman Antonio Cuenco, revealed in a privilege speech before the House of Representatives, the names of persons in Cebu allegedly behind the illegal drug trade and part of the Hong Kong Triad.

The names of these persons were contained in a list in 1997, from then Anti-Narcotics chief Jose Dayco.

According to Loot, Lim’s name had been taken off the list when he assumed the position in 2000.

He said the watchlist is updated every six months and names of persons whose alleged involvement in drugs is not validated are taken out. 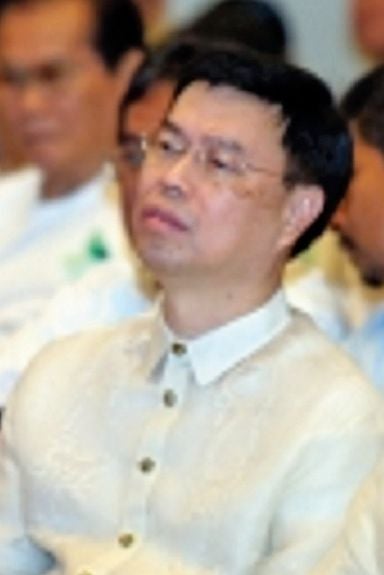 Loot, who is also the newly elected mayor of Daanbantayan town, yesterday admitted that he and Lim are friends and that the latter stood as godfather to his eldest son during his christening in 1990.

He said Lim was among his many other businessmen-friends, who stood as godfather to his son.

He also said when he was a junior officer, he and other police officers borrowed vehicles from Lim for use during operations in the 1980s.
He also added their friendship remains.

“Yes, he (Lim) is a friend and my kumpare. But that’s it. Nothing special,” Loot told CDN over the phone.

Loot said he hasn’t seen Lim since the early 2000s although they keep in touch through the phone.

When he was a young police officer, Loot said a comrade introduced him to Lim.

Although they are kumpares, Loot said he and Lim aren’t that close to each other.

“I should say we’re only at the ‘acquaintance’ level. Apart from borrowing vehicles from him, I haven’t asked any favor from Mr. Lim. He’s but an ordinary friend of mine,” he said.

Loot was among the five police generals who were named by President Rodrigo Duterte as coddlers of drug lords.

A report on GMA News posted online last Thursday stated that “according to a diagram provided by Duterte, Loot was linked to a certain Peter Lim, a suspected drug lord.”

Co and Colangco are high-profile inmates now behind bars at the New Bilibid Prison in Muntinlupa City while Lim is reportedly outside the country.
Co is reportedly the leader of the Bilibid 19, a group of drug convicts living a luxurious lifestyle inside the national penitentiary, while the Lim Duterte mentioned is behind the illegal drugs trade in the Visayas.

The president also mentioned a Peter Lim who is purportedly a big-time drug lord in the country.

Aside from operating in the Visayas, nothing else specific was divulged by the president regarding Peter Lim.

Both the Police Regional Office (PRO-7) and the National Bureau of Investigation in Central Visayas (NBI-7) have no information yet as to the ‘Peter Lim’ alluded to by President Duterte.

“So far, we have no information about it,” said NBI-7 Director Jose Justo Yap.

But Loot said he and Dela Rosa were not able to meet since the PNP director was “out of town.”

Loot said he was instructed by Interior Secretary Ismael “Mike” Sueno to wait for the investigation that will be conducted against the five police generals.

“I already submitted myself voluntarily to the Department of the Interior and Local Government (DILG) to resolve issues on jurisdiction,” he said.
Since he already retired from the police service, Loot said DILG has no jurisdiction over him.

But to prove that he’s willing to undergo investigation, he said he decided not to question the jurisdiction of the DILG.

“I’ll just wait for whatever charges they present against me, and I’ll answer all the accusations,” Loot said.

Lim’s spokesperson, Dioscoro Fuentes (not Flores as earlier reported), on Friday called for a news conference and claimed that the ‘Peter Lim’ referred to as a drug lord by Duterte isn’t the same person as the businessman in Cebu.

Lim, now 71 years old, is the grandson of a Cebuano merchant in Cebu City.

He owns business entities that include Hilton Heavy Equipment in Mandaue City; Limbros Realty and Development Corporation which manages Happy Homes, a low-cost housing in the cities of Lapu-Lapu and Talisay; Kazz International; K1 KTV in Cebu City; and Tiger Motor Sales in Mandaue City.

Lim’s daughter and two sons now manage their businesses because the businessman has grown weak from a kidney ailment, Fuentes said, as he clarified that he’s not a lawyer much less the legal counsel of Lim.