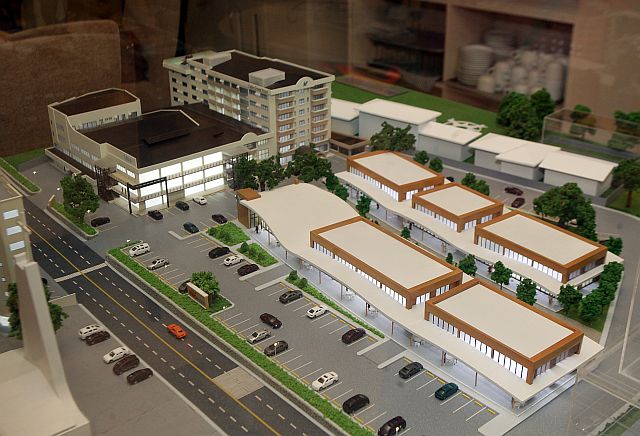 A homegrown real estate company is poised to enter the big league mixed-used development market with plans to construct condominium and office towers, both of which are in the pipeline for groundbreaking in 2017.

Gerardo Borromeo, president of the Cebu Capitol Commercial Complex Corp. (now VIBO Group of Companies), said they were now conducting studies to determine the investment they would have to make to develop their property along Escario Street in Cebu City.

“We want the area to be known as a place where life is in motion, integrating everything in a small community,” he told reporters on Tuesday.

Borromeo said that aside from office and condominium buildings, the company also envisions building a supermarket within the complex.

He said these are all detailed in a 10-year master plan, eventually leading to the construction of a cluster of inter-connected buildings.

Borromeo’s parents, Benjamin and Flora, bought the property and established the commercial complex in the 1970s.

In the 1980s, it was home to Gardenia Restaurant and Ballroom and to Red Romato in the early 2000s. A number of airline ticket offices and other corporate workplaces were also located there.

Among the offices located there are Nikon Cameras, RICOH Photocopiers, Architectural Interior Sources and Cordlife Philippines.

Borromeo took over as president of the corporation when his father died in 2009.

Borromeo said there had been attempts from Manila-based companies to buy the property, but he and his younger sister Ma. Camille Borromeo-Suarez decided to keep and develop it instead.

“We are just fulfilling the dreams our father had for the property,” he said.

The property’s new name is a combination of Borromeo and Villacarlos, their mother’s maiden name.

VIBO, he said, sounds like the Cebuano word for “fun,” which is “bibo.”

He credited the property’s new identity to third-generation family members.

Borromeo said the family took long to rebrand the property because his father was a “very conservative businessman” and wanted to make sure everything was in place first before they made a move.

He added that while their business is being managed by family members at present, he said they are open to joint venture offers from other companies in the future.

As traffic in the area builds up, he said the place is becoming more and more popular.

On another note, he admitted this can also be problematic, but said he hopes the Bus Rapid Transit (BRT) system in Cebu City will help ease up traffic in the area.