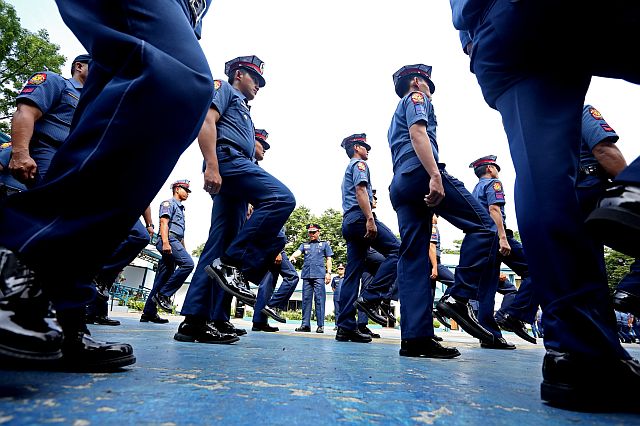 Police directors of Cebu, Bohol, Cebu City, Mandaue and Lapu-Lapu get the axe

Chief Supt. Noli Taliño, director of the Police Regional Office in Central Visayas (PRO-7), said major revamps have been implemented from the national police headquarters to the lower units.

“The PNP leadership is really serious about putting new set of officers to key positions to achieve our objectives,” he said in a text message to CDN.

“Why don’t they relieve me also? I don’t understand the logic. You know, these people are basically new people as far as I know,” Osmeña said.

Taliño had earlier said he wasn’t satisfied with the performance of these operatives.

But according to the mayor, these operatives were better than the previous ones.

“It’s very simple. Like in basketball, we have a winning team, so why change the players?” he said.

While admitting he was not in the position to evaluate, the mayor said the commanders were all new and were doing a good job.

Taliño on Monday reshuffled five senior officers who were holding key positions in the region. He also ordered the relief of all 67 operatives of the RAIDSOTF and the RSOG, saying they need to try other police units.

Taliño said he intends to replace the relieved RSOG and RAIDSOTF with operatives from the Regional Public Safety Battalion and policemen from the different police stations.

“I’m trying those two police units again. But I assure the people that it will not hamper the operations against illegal drugs. You know very well that any unit can fight illegal drugs,” he said.

Taliño said the former members of the RSOG and the RAIDSOTF will be assigned in the different police stations in the region.
They are currently undergoing refresher courses to reorient themselves with the “basics” of police work.

The five-day Balik Eskwela program started yesterday and will last for a week, after which they will be evaluated.

“When I arrived here (last July 4), I was really disappointed with the report on the police’s campaign against illegal drugs. We gave our station chiefs a week to do something. Some reacted but in general, nakukulangan pa rin ako (I was still dissatisfied),” Taliño told reporters yesterday.

Within the week, the Performance Evaluation Team or the Oversight Committee headed by Senior Supt. Rey Lyndon Lawas, PRO-7 deputy director for operations, will submit its recommendations.

“If I need to order the relief of the police chiefs, I will,” Taliño said.

PRO-7 identified 111 of the 126 police station chiefs in Central Visayas who failed to arrest half of the drug personalities in their watch list since February 2016.

They were given until last July 10 to improve their performances.

The Cebu City Police Office recently reported that it got nine of the top 10 drug personalities on its list.

Six of them were arrested, two surrendered, one was killed in an operation, while one remains at large.

But the PRO-7 director said he’s still not satisfied with the accomplishments of police officers in the entire region.

As of Monday, at least 50 police stations were able to convince drug users and pushers to surrender although they still failed to arrest 50 percent of their targets.

So far, Taliño said the peace and order situation in Central Visayas is “very manageable” since President Rodrigo Duterte assumed his post noon of June 30.

“We have a robbery incident in Lapu-Lapu City last week. But that’s it. Peace and order in the region is very manageable,” he said.

The new PRO-7 chief vowed to prioritize internal cleansing of the ranks and securing support from the communities, local governments, and the media as his agenda for eliminating illegal drugs and criminality in Central Visayas.

Read Next
Cebu City Hall cuts down allowances for judiciary