P1.8B roads to tourism sites in Central Visayas to open this year 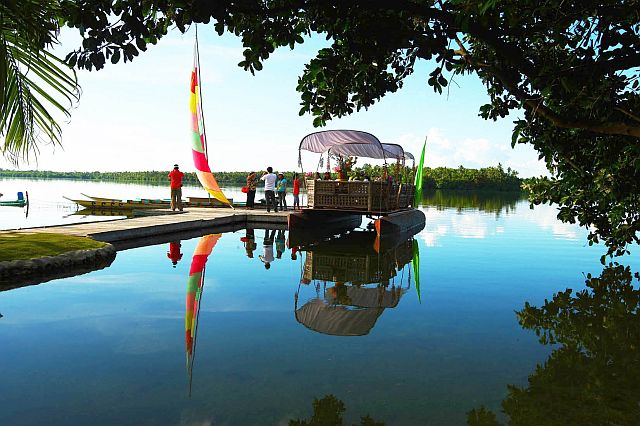 Tourists experience the breathtaking view of Lake Danao in the town of San Francisco, one of the prime tourism destinations on Camotes Islands located along the northern section of Cebu province. (CDN FILE PHOTO)

Tourists can expect better access to tourism sites in Central Visayas with several improvements on roads leading to these areas that are lined up or due for completion within the year.

The projects, totaling P1.8 billion, were funded under the General Appropriations Act of 2015 and involved the concreting and rehabilitation of 38 tourism roads in the region, 14 of which are in Cebu City and province.

The Department of Tourism in Central Visayas (DOT 7) promised to continue the implementation of these projects and see to it that these are completed within the time frame set by the department.

“Access is very important for tourism so that is one of the things we are looking at right now,” Judilyn Quiachon, DOT 7 senior tourism operations officer, said in an interview.

The DOT forged an agreement with the Department of Public Works and Highways (DPWH) in 2012 for a convergence program on enhancing tourism access all over the country.

Quiachon said the DOT only works at the level of endorsement for the projects proposed by local government units while DPWH is tasked to implement them.

In Cebu, work on roads mostly involve concreting, the bulk of which are in the fourth and fifth districts, data from the DOT showed.

Among these are the Curva-Medellin-Daanbantayan road in the north and the rehabilitation and concreting of roads leading to beaches in the towns of Poro and San Francisco on Camotes Islands, totaling 17.3 kilometers and amounting to at least P305 million.

“Most of these areas are connected by local roads, but the local governments do not have the funds to finance road improvements. That’s why DPWH and DOT came up with the convergence program,” said Quiachon.

With improved access to tourism sites in Cebu and the region, more tourists are expected to be drawn to Central Visayas, she added.

DOT 7 Director Asteria Caberte earlier said that improved infrastructure was seen to be among the driving forces that would help the agency meet its tourism arrival targets for 2016.

Quiachon said Cebu is fortunate that majority of roads leading to its tourism destinations are already in place.

In other areas, such as Negros Oriental, which is now part of the Negros Island Region, roads leading to some tourist destinations still need to be improved, such as the road leading to Lake Balinsasayao in the town of Sibulan.

“Those areas which really need the roads will have the first priority because these are already being used by tourists. But up until this time, there is no proper access,” Quiachon explained.

Former Tourism Secretary Ramon Jimenez Jr., while then visiting Dumaguete City, the economic center of Negros Oriental, was brought to Lake Balinsasayao and immediately saw the need for improvements on the road leading to the site.

Since the path was steep, Quiachon said there was a need to ensure the road was safe for tourists.

“If you go there now, the road is now concrete,” she added.

The Balinsasayao Lake is among the three crater lakes rising 1,000 feet above sea level located within the Balinsasayao Twin Lakes Nature Park, a protected area covering the towns of Valencia, Sibulan, and San Jose in Negros Oriental.

Tourist activities in the natural park are overseen by the Biodiversity Management Bureau, an attached agency of the Department of Environment and Natural Resources, which allows swimming, sightseeing, mountain trekking, camping, birdwatching, and paddle boating in the area.

Read Next
New Summit Hotel to rise in Robinsons Galleria