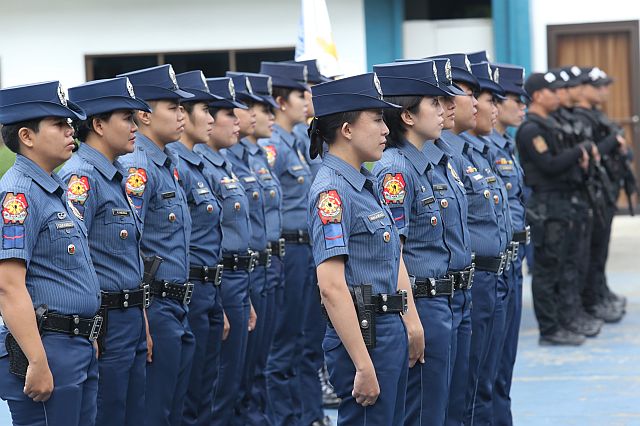 Has Cebu City Mayor Tomas Osmeña changed his mind about his refusal to support police operations?

If his actions speak louder than words, it would appear so.

Barely a month after he publicly announced his decision to withdraw his support to the local police, Osmeña on Monday dropped by the Police Regional Office in Central Visayas (PRO-7) to personally congratulate them on the occasion of their 115th Police Service Anniversary.

The mayor dropped by the police headquarters, reportedly from an early morning jog, to personally inform PNP Police Regional Office (PRO-7) director Chief Supt. Noli Taliño that he would be unable to attend the PNP anniversary program slated less than an hour after Osmeña’s short visit to the camp.

The mayor briefly spent time for a cup of coffee and some puto (rice cake) with Taliño inside the PRO-7 Multi-Purpose Hall at around 7:45 a.m., shortly before the police flag-raising ceremony.

The visit lasted for just about 10 minutes with Osmeña leaving the PRO-7 headquarters just minutes before the program started, saying that his black T-shirt and slacks were not appropriate for the formal event.

Although the mayor’s visit to the PRO-7 headquarters was short, Taliño said it was a positive development.

“It was a good sign. I’ve always considered him a friend. And if ever he will also invite me, I will heed the invitation,” Taliño told reporters.

Taliño also said that he didn’t get to talk much with Osmeña yesterday.

Last month, Osmeña announced that he would withdraw his support to the Cebu City Police Office (CCPO) and its newly appointed officers. Osmeña also washed his hands in PNP’s fight against illegal drugs and criminality after Camp Crame relieved former PRO-7 Director Patrocinio Comendador and CCPO Director Benjamin Santos from their posts without his prior consent.

The mayor also abandoned his cash reward system for each dead crime suspect and announced that he would stop giving allowances to new policemen who would be assigned to the city, including the P8,000 allowance for the city police chief.

Soon after, the mayor also decided to recall all city-owned firearms issued to the CCPO and halted the release of the 15 new police cars that were already set to be delivered to the CCPO.

The National Police Commission responded by taking away the mayor’s authority over the local police while the national police headquarters in Camp Crame recalled three policemen assigned to Osmeña as his security details.

The announcement was made by Presidential Assistant for Visayas Michael Lloyd Dino during the program at the PRO-7 yesterday.

“These things are necessary to make Cebu safe. How can our police force patrol on every corners of our place if they do not have the mobility? How can they fight against crimes if they are ill-equipped?” Dino said in an news conference.

Dino said the President has been monitoring the plight of Cebu City policemen and is aware of Osmeña’s actuations which he believed put the local police in jeopardy.

“When the news that the vehicles for mobility of our city police force was recalled, President Duterte responded with ‘bilis na aksyon.’ (quick action). And what the Cebu City police will receive is what we call quick action,” he said.

Senior Supt. Joel Doria, CCPO director, was elated to know about the support that will come from the President.

“I’m surprised. This is just overwhelming. This boosts the morale of all Cebu City policemen,” he said.

Doria, whose appointment as CCPO chief was opposed by Osmeña, was among those who welcomed the mayor when he arrived at the PRO-7 headquarters yesterday.

However, Doria and Osmeña did not talk to each other.

“Sinalubong at hinatid ko lang siya. Hindi na kami nagkausap kasi madalian lang kasi yong visit niya (I just welcomed and brought him (to the multi-purpose hall). We didn’t have the chance to talk because his visit was quick),” Doria said.

Sought for comment, Cebu City Councilor Margarita Osmeña said that her husband, the mayor, simply dropped by the PRO-7 headquarters with “no concerns”.

Tomas was not available to members of the media yesterday for an interview at City Hall.