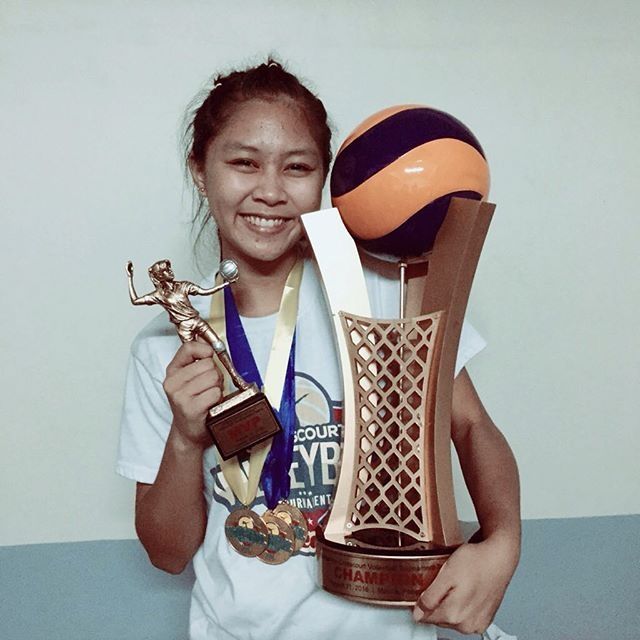 VIRTUALLY an unknown volleybelle to coaches and scouts up north, Cebuana Mycah Go changed that on Thursday night when she was named Most Valuable Player (MVP) in the Moleskine Crosscourt Volleyball Tournament (MCVT) Finals held at the San Beda gym.

Go was referred by multi-titled head coach Jordan Paca to HCHS and University of the Philippines (UP) mentor Jerry Yee during the off season after a solid performance in the 2015 Batang Pinoy Championships here in Cebu.

In an exclusive chat with Cebu Daily News, the former SWU belle said their victory was a team effort and that credit should be given to Coach Yee, who was awarded as the Best Coach of the tournament after leading HCHS to a spotless 6–0 (win-loss) record in the elimination round.

“I’m happy that we won, and I just enjoyed the game,” Go said right after their title win on Thursday night.