Kandaya Resort gets a big slice of foreign tourists 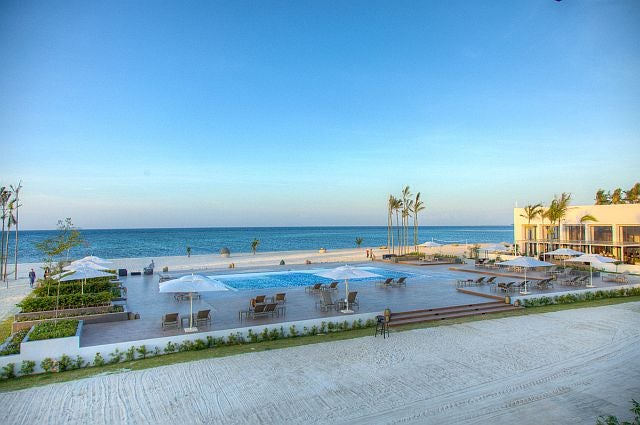 ALMOST two years after its launch in November 2014, Kandaya Resort in the northern Cebu town of Daanbantayan has gained the attention of a diverse mix of international visitors.

Fritz Sommerau, resort general manager, said around 28 percent of their guests are foreigners while the rest are domestic tourists.

“We have a mix of guests at the moment, but it’s seasonally swinging. Especially during winter, the number of guests increases particularly from Japan, Korea and China,” he said during a press familiarization tour this week.

Located at a seven-hectare property two kilometers from the main road in Barangay Agujo, Kandaya offers guests an 800-meter beach front and various luxury amenities, such as a mixed martial arts facility, stable, spa and gym.

It has 40 available accommodations including 22 villas, 16 of which have private swimming pools, 12 deluxe rooms, two premier rooms, and four ocean-view suites ranging from around P11,000 to P30,000 per night.

The luxury wellness resort, owned by MSY Holdings Corp., is expected to be fully booked during Christmas and New Year all through the Chinese New Year in 2017, said Sommerau.

Top visitors include Japanese and Chinese nationals and expatriates, as well as European tourists particularly from Scandinavia and the United Kingdom, he added.

“It’s this time of the year when they escape from the cold. They come here and soak (in) the sun,” said Sommerau.

The resort manager said lengths of stay vary among the types of guests. Cebuano regulars who come back every now and then stay for one or two nights, he added.
Visitors from Manila, on the other hand, stay for a maximum of three nights, while Southeast Asian and European tourists stay for three to five nights and mostly find out about the resort through online travel websites.

The diving segment is also among those attracted to Kandaya, especially since the resort has a three-hectare extension property on Malapascua Island, which is a 45-minute boat ride away from the resort’s beach front.

Sommerau said divers, both foreign and local, frequent Malapascua Island because of its proximity to Monad Shoal, a sanctuary for marine life known to be the only place in the world where the protected thresher sharks can be seen on a daily basis.

He added that while these divers do not come in big groups, they are usually high spending and long staying.

Kandaya owns another seven-hectare property beside the resort which the owners have developed into a coconut plantation and composting area.

At present, Sommerau said Kandaya has no plans to expand the resort, but he sees a lot of opportunity especially for the property on Malapascua.

Read Next
GOING FOR THE KILL