Gifts, decor, houseware sector gears up for spike in demand 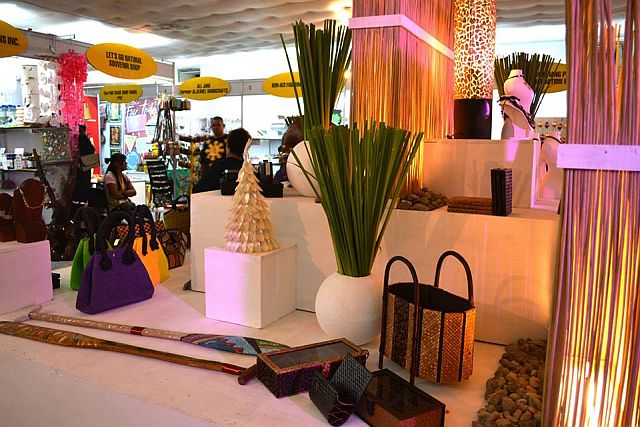 Brisk sales of gifts, decor and houseware products in Central Visayas are expected to increase during the holiday season (DTI FACEBOOK PHOTO).

CONSUMER spending in the coming holiday season this December is expected to boost demand for gifts, decor and houseware (GDH).

Venus Genson, president of the GDH sector in Cebu, said this demand would be further bolstered by the intervention of the Departments of Tourism (DOT) as well as of Trade and Industry (DTI).

“The two agencies are displaying GDH products from Central Visayas in Manila from Nov. 28 to Dec. 12 this year, which is also a form of advertising for our items, particularly gifts and decor for Christmas,” Genson told Cebu Daily News in a phone interview.

She said that the DOT and DTI chose items from among GDH Cebu’s 40 members, all of whom export their products to markets in the US, Japan and Europe.

Holiday decor such as tree bulbs, lighting sets, and other articles are usually a hit beginning as early as September, when homeowners start embellishing their houses with Christmas ornaments.

Genson said she has been receiving a lot of orders for wreaths made from the hagonoy plant, a bushy herb with long rambling branches that spread into long tangled dense thickets up to two meters high.

The sector leader is also the president and chief executive officer of Arts “N” Nature Manufacturing Corp., an exporter of decor made from indigenous materials.

Just this week, she said she had received inquiries from the US and Europe which she presumed to be for next year’s requirement.

She said the GDH sector in Cebu had been performing well in the last 11 months compared to the rest of the sectors in the export industry.

“We are doing well since our exports have consistently been going up,” said Genson.

She attributed the sector’s growth to the versatility of GDH items, as it could adapt to the demand of the market, which was unlike the furniture industry.

While the sector generally performed well in 2016, she said access to financing for micro, small, and medium-size enterprises had remained a challenge.

MSMEs also have a hard time scaling up their enterprises due to the voluminous documentation required when doing business, particularly in the export of their items.

“Plus the market is also very volatile. There is a global crisis,” she said, noting the decline of the export sector for 17 months straight before picking up in September this year due to a weak global demand.

However, she said she also saw opportunity in the weakening of the peso against the dollar, which closed at 49.9:$1 on Nov. 28.

She said this development would be good for the export industry.

GDH is a part of woodcrafts and furniture, which ranked fourth in terms of total export performance in the country this year with a contribution of 5.6 percent to export receipts.

The industry saw a 42-percent increase in recorded sales at $236.5 million in January this year compared to only $166.5 million during the same period in 2015.

While GDH industries comprise only 0.76 percent of total exports, the DTI is poised to enhance its competitiveness through the GDH Roadmap which projects the sector to grow by 20 percent in the next five years.