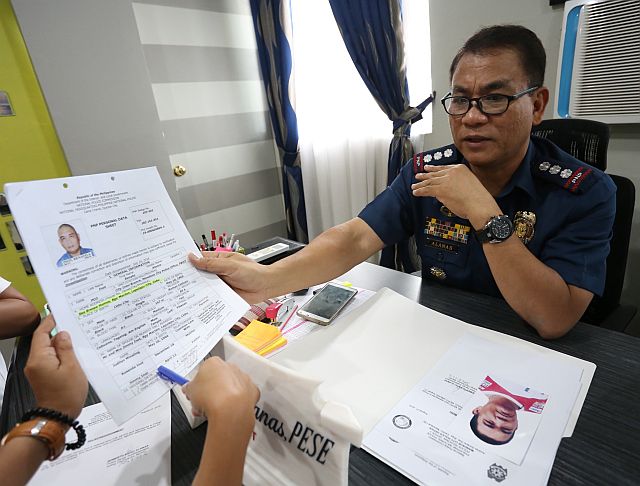 A BARANGAY captain of Cubacub in Mandaue City is now facing charges for illegal possession of firearm after he allegedly poked his gun at two women at the Cubacub gymnasium on Friday evening last week.

Senior Supt. Roberto Alanas, Mandaue City Police Office chief, said in an interview with Cebu Daily News that his office has already requested records of gun ownership from the PNP Headquarters in Camp Crame to support the video taken by one of the complainants that would be used in filing the case against Cubacub barangay captain Almario Bihag.

Alanas earlier called on Bihag to come out from hiding and appear before their office to clear his name. But the barangay captain kept on hiding despite efforts to locate him.

Bihag though sent messages that he will soon come out to explain his side. But in the video taken by one of the complainants, Bihag has been perceived as the one at fault.

Chief Insp. Aldrin Villacampa, chief of Canduman Police Station, said Bihag has not been registered as a gun owner in their police station.

But according to Quisumbing, it is the city council that will initiate the investigation on complaints for the administrative sanctions.

Last Friday evening, while the Multi-Sectoral Governance Coalition was having an election of officers at the barangay gymnasium, Bihag suddenly appeared and instructed them to stop.

But some members of the coalition questioned Bihag’s interference; thus a confrontation occurred between the two parties.

Bihag allegedly became angry and took a firearm and poked it at Rolita Balani, 59, and later at Wennie Sicad, who was seen by Bihag taking a video.

Bihag allegedly became upset when his father, who ran for president of the coalition, was not elected.