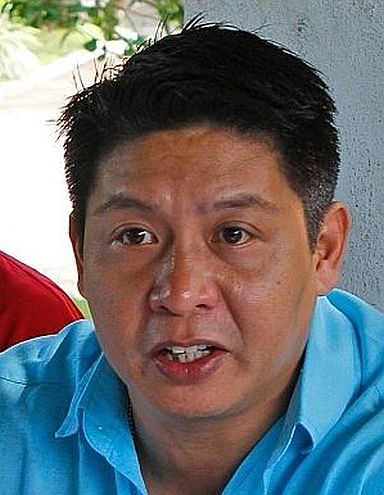 THE Cebu Provincial Board has requested the Office of the Ombudsman Central Office to furnish copies of the order dismissing the complaint filed against Provincial Board member Celestino Martinez III to all concerned government agencies including barangays of the province of Cebu.

Martinez, who was dismissed by the Office of the Ombudsman in connection with the 2004 Fertilizer Fund Scam when he was still mayor of Bogo City, is now back in the Provincial Board three months after he was suspended.

Martinez, who sits as representative of the Association of Barangay Councils (ABC) in the PB, said the order came just days before the Ombudsman granted his motion for reconsideration last August 10 which he only received last November 29.

Martinez was charged along with his mother, former congresswoman Clavel Martinez; his sister, Maria Cielo Martinez; and four others for the alleged misuse of P6 million worth of pork barrel funds to purchase fertilizers for rice and corn.

The Bogo City government bought the fertilizers from a nonaccredited organization using undated disbursement vouchers signed by Martinez when he was mayor.

The organization called Sikap Yaman failed to account for the funds as well as submit accomplishment reports on the project.
Provincial director Jerome Gonzales of the Department of Interior and Local Government (DILG) said Martinez will have to inform the Sangguniang Barangay, where he belongs to, that the case was dismissed against him. /USJ-R Comm Intern Jheysel Ann Tangaro