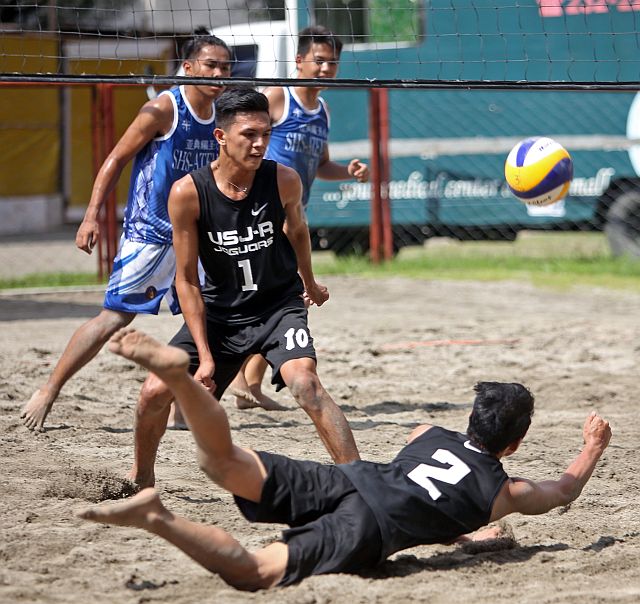 The girls’ beach spikers of Southwestern University (SWU) and University of San Carlos’ (USC) boys team kept their title-retention bid alive as they advanced to the knockout semifinals of the Cesafi beach volleyball tournament yesterday at the SWU Sand Courts.

The reigning secondary champions Baby Cobras duo of Crisley Sucalit and Wella Ortega dug down deep at their championship experience and rallied from seven points down in the second to nip the University of San Jose-Recoletos (USJ-R) pair of sisters Chriszelle and Krizzia Caasi, 21-18, 21-19, in a rematch of last year’s girls’ finals.

With the wins, both USC and SWU have 4-0 (win-loss) records in the standings and are assured of seats in the semis.

SWU looks to finish its elimination round campaign on a high note when it battles SHS-AdC and USPF on Friday.

SHS-AdC’s girls’ team, on the other hand, logged its first ever win since joining the league just this year as it dominated the winless CEC, 21-8, 21-11.