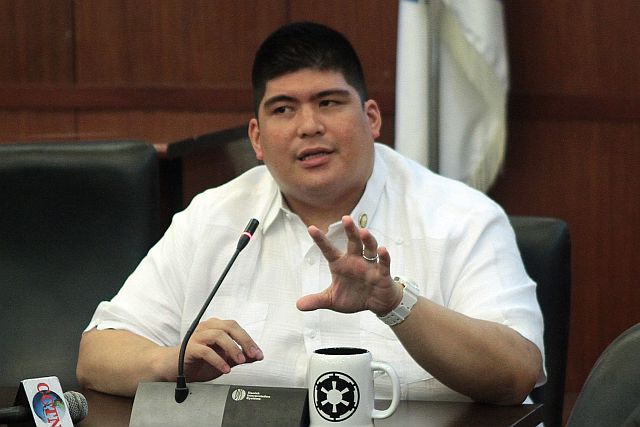 With the Regional Development Council’s (RDC) approval of the feasibility study on the proposed Mandaue-Consolacion-Liloan bypass road project, Mandaue City Mayor Gabriel Luis “Luigi” Quisumbing expressed optimism that Mandaue will soon get rid of huge container trucks that have been causing heavy congestion in the city’s thoroughfares.

“I am very happy because I have been pushing for this project for the last two years,” Quisumbing said, thanking the National Economic and Development Authority (Neda) and the Department of Public Works and Highways (DPWH) for considering his suggestions of easing traffic in Mandaue.

With this development, Quisumbing hoped that the bypass road project will be prioritized as soon as possible.

The construction of the proposed P9.2-billion port project in Barangay Tayud, Consolacion, is expected to start on the third quarter of 2017 and be operational by 2020.

“If this road is not completed before the port is completed, patay jud ta. Because Mandaue is already heavily congested now. Can you imagine what will happen if the new port opens and we have hundreds, if not thousands, of container trucks passing through Mandaue City roads? Lisod kaayo kung ato ning i-apas (It would be very difficult if this project will proceed only) after the port is constructed,” Quisumbing said.

Quisumbing said that infrastructure gaps must be addressed first prior to the finalization of the proposed port project in Barangay Tayud, Consolacion.

Quisumbing is confident, though, that the national government will give priority to the bypass road project as this will benefit business owners in the city.

With this, he sees no need to encourage the city council to pass a resolution urging the national government to take action on the bypass road project.

“I’m sure they understand the significance (of the project) and the volume of vehicles that enter Mandaue,” he said.