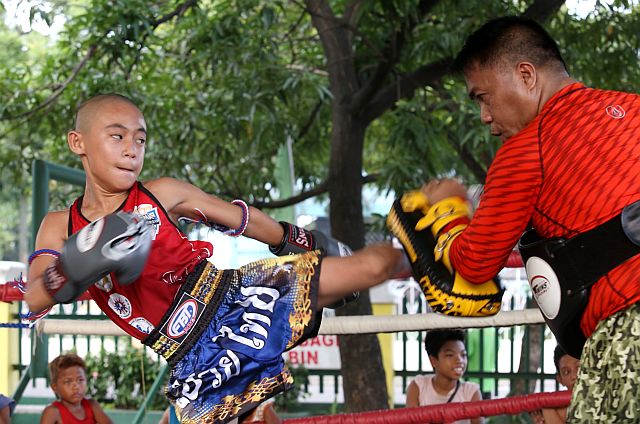 The Niños were accompanied by Muay Thai Association of the Philippines-Visayas head Master Benigno ‘Ekin’ R. Caniga Jr., the uncle of the winning brothers and head instructor Mary Ann Durado.

Ken, who is fresh from a double gold medal performance in the recent Muay Thai National Open last October 30 in Baguio City, is setting his sights in competing in an international Muay Thai tournament next year along with the national team.

“As expected, the competition was tough but our boys did well and they fought hard. All of them got a medal and that is a testament that Team Cebu City is really serious in this sport,” said Master Ekin. “We will rest after this, but the boys will immediately go back to training in preparation for more local and international tournaments next year. Our goal is still to produce more national team members from Cebu City.”

The national championships served as a selection process for the national team that will be preparing and competing in various international tournaments next year.

Muay Thai is currently catching the attention of the country’s sports governing body after the International Olympic Committee (IOC) recently announced that Muay Thai will be given provisional recognition as an Olympic sport.

After a three-year provisional recognition period, Muay Thai will officially become part of the Olympic Games sports calendar.
“It will require hard work but it is not impossible that a Cebuano fighter can represent the country in the Olympics someday,” added Master Ekin.