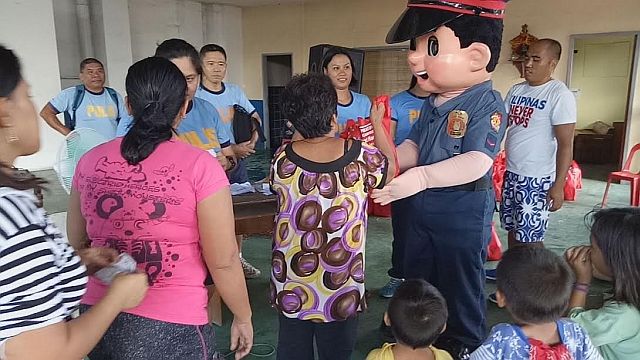 More than 200 indigent families and drug surrenderers received bundles of joy containing five kilos of rice, sardines and noodles during the outreach program jointly organized by the Mandaue City Police Office and Feed My Lamb Ministry on Tuesday at Norkis Park in Barangay Looc, Mandaue City.

Preacher Borba was glad that he was able to find this group of surrenderers and was willing to share the gospel with them. “I saw them (surrenderers) on television news and the police just gave them the Zumba. But I said, they need the gospel as a guide to change their lives,” said Borba.

He later contacted the MCPO and arranged with PCR Chief Senior Insp. Rumolo Genandoy a weekly Gospel study with Zumba and feeding at the Norkis Park as their regular activity for surrenderers.

Renato Martel Jr., 37, a surrenderer from Barangay Canduman, Mandaue City, has never failed to attend the Bible study with Borba every Thursday.

He said “Nagpasalamat gyud kaayo ko kay mas naduol ko sa Ginoo karon (I am very much thankful as I am now closer to God).”

Martel was a drug dependent for 25 years and previously worked as an eco-warden of Barangay Canduman. He stopped working after he surrendered to the police last July.

Martel had brought and convinced ten other surrenderers to the police and now attended the weekly Bible study.

The bundles of joy given to the beneficiaries were printed with police hotline numbers made and initiated by PSSupt. Roberto Alanas. The police had encouraged the beneficiaries to help the police in their fight against illegal drugs and report to them if they know someone who is a drug user.

Read Next
Wet Christmas likely in Cebu with approaching storm