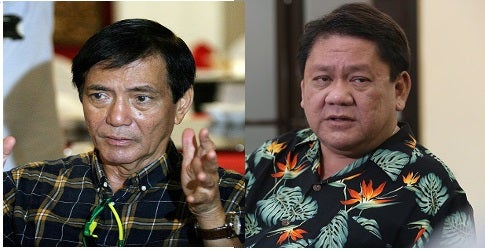 In a joint resolution dated Nov. 3, 2016, City Prosecutor Naruzen Delfin-Lorete dismissed the cases due to lack of probable cause or lack of merit.

“Reading the entire remarks of the respondent (Osmeña) revealed that they were purely his opinion based on the events unfolding in the society and were also sighted by the prying eyes of the media,” Lorete said in the resolution.

He said that the intent to defame or the element of malice has not surfaced from those remarks.

“Commentaries or opinions aimed to invite one’s attention to his (Rama’s) function and duty as a public official must remain unhampered and should be received with open-mindedness,” Lorete added.

The case stemmed from Osmeña’s insinuations on his Facebook posts, media interviews and press briefings claiming that Rama has a serious drug problem and that Rama is also a coddler of groups suspected of being involved in illegal drug activities.

Allegations that Rama had vehemently denied.

In a phone interview with Cebu Daily News, Rama said that he had not received yet the formal copy of the decision.

But he said he already instructed his lawyer to proceed and to continue what available action to take including the filing of a motion for reconsideration.

When asked to comment, Osmeña again challenged Rama to sue him for another libel case.