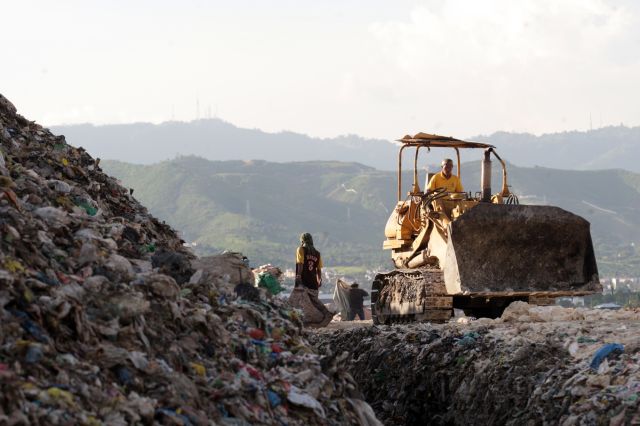 The Cebu City government has hired a mining company operating in Surigao province as private hauler to collect the garbage that the city produces daily.

Department of Public Service (DPS) chief Roberto Cabarrubias he was informed by the city’s bids and awards committee (BAC) that city government will sign tomorrow a purchase order for the hiring of a certain Jumara Services, reportedly a Cebu-based service provider.

Cabarrubias said he has no details as to why Jumara Services was chosen by the BAC aside from the information that it was the only company that made the lowest bid at P9 million to haul the city’s garbage for the next 12 days, which will now allow the city to stop dumping its trash at the South Road Properties (SRP).

But he did not know how much was the hauling fee. Earlier, Mayor Tomas Osmeña said that the hauling fee should not be higher than P1,400 per ton, which was just P100 lower than the P1,500 per-ton hauling during the previous administration.

Jumara Services has apparently no hauling equipment of its own.

Cabarrubias said that once the purchase order is signed between the city government and Jumara Services, the latter will be able to acquire heavy equipment and hire local loaders or trash collectors.

He added that Jumara Services will spend portions of the P9.2 million allocated budget, which was authorized by the Cebu City Council last December 23, on acquiring 24 new dumptrucks, bulldozers and backhoes.

“They will be acquiring the heavy equipment from Surigao Province since they are also part of the mining industry there,” Cabarrubias stated.

As to the location of the dumpsite, Cabarrubias told Cebu Daily News that it is up to the service provider to locate and find one.

“They already negotiated with the Environmental Monitoring Board (in Central Visayas) to make sure no environmental laws will not be violated, otherwise charges will be filed against them,” he added.