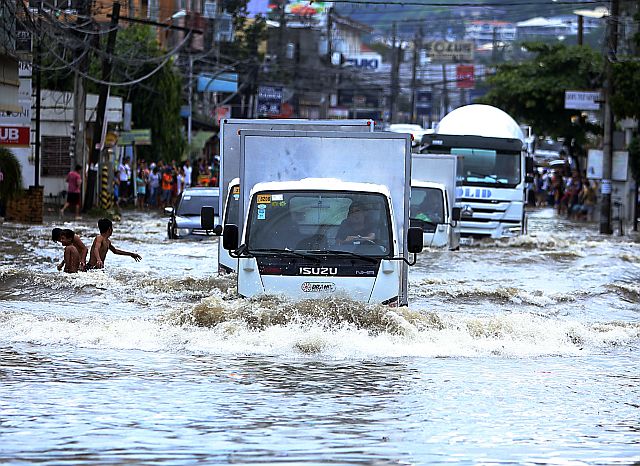 Heavy rains in July 2016 caused floods due partly to drainage clogged by plastic garbage in some parts of Mandaue City, prompting the city government to enforce the plastic ban ordinance. (CDN PHOTO/LITO TECSON)

It has been four months since the Mandaue City government decided to bring back the muscle of the city-wide prohibition of plastic bags in a bid to address the city’s worsening flood problems.

The reinforcement of the Plastic Bag Prohibition Ordinance of Mandaue, one of Mayor Gabriel Luis “Luigi” Quisumbing’s priority projects, has drawn skepticism from many.

How will this bold step towards saving the environment affect a city that has long been reliant on plastic in their daily activities?

Cebu Daily News looks at how.

Ordinance No. 12-2010-562 otherwise known as the Plastic Bag Prohibition Ordinance of 2010 was approved by the twelfth Sangguniang Panlungsod of Mandaue on September 29, 2010 under the administration of then city mayor Jonas Cortes.

It was intended to eliminate the use of plastic bags and polystyrene containers such as styrofoam in all sari-sari stores, eateries, shops, restaurants and shopping malls within the jurisdiction of the city as the indiscriminate throwing of these was seen to have caused the clogging of the city’s drainage system resulting to flooding.

It was also a move to reduce the massive volume of non-biodegradable waste materials in Mandaue City’s landfill, the Umapad dumpsite.

The city council lobbied for the use of more environment-friendly alternatives such as the use of paper bags, cloth, recyclable paper and reusable checkout bags at the point of sale in all establishments.

For the first offense, violators will be issued a notice of violation and for the second and last offense, the City Environment and Natural Resources (CENRO) will recommend the revocation of the erring establishment’s business permit to the Office of the City Mayor.

It will then be the mayor’s discretion to order the immediate closure of the establishment should the mayor find reasonable grounds for the action.

Until August 1, 2016, the six-year-old ordinance had not been tightly enforced.

To ensure that all establishments as well as the vendors abide by the ordinance at all times, CENRO employed 14 eco-wardens to conduct random and surprise inspections. 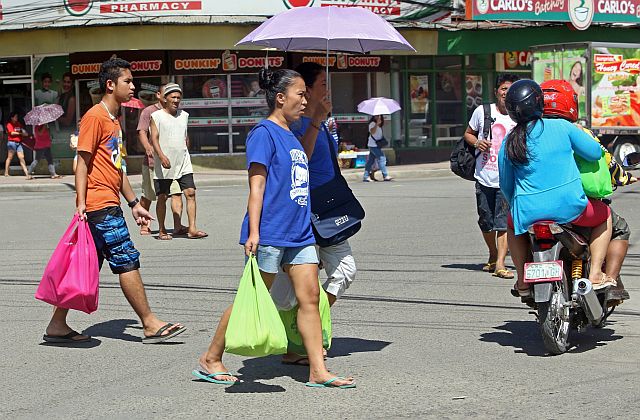 Today, with the ban strictly enforced, shoppers use eco-bags for their groceries. (CDN PHOTO/LITO TECSON)

As of this writing, CENRO has apprehended 136 businesses categorized under first offender and two businesses classified as second offender. The latter are big fast food chains located on barangays Labogon and Centro.

“It was a good thing that happened because it led others to abide by the ordinance. Di na kaayo lisod sa amo pag-enforce (Enforcement of the ordinance has not been that difficult for us) because the big establishments then complied immediately,” CENRO chief Araceli Barlam told CDN.

CENRO conducted information drives in various barangays for 700 business establishments composed of retail stores, eateries and industrial stores involved in the sale and use of plastics in Mandaue.

Only 200 establishments were able to attend during the four-day activity, said Barlam.

Barlam said that the activity was also an avenue for vendors and business owners to voice out their problems and concerns about the ordinance.

“We collected their comments, suggestions, complaints, and concerns, as well as their expected outcomes and fears. We consolidated those information and submitted them to our legal office,” Barlam said.

Four months into the revival of Mandaue City’s “most controversial ordinance” yet and after having heard the concerns of the vendors, business owners and locals, Barlam admitted that the ordinance still needs to be amended to cover existing loopholes.

She pointed out the prohibition of specific types and sizes of plastics which was not elaborated in the ordinance as example.

Information gathered by her office from the various stakeholders will be used to draw up amendments required to fortify the ordinance. 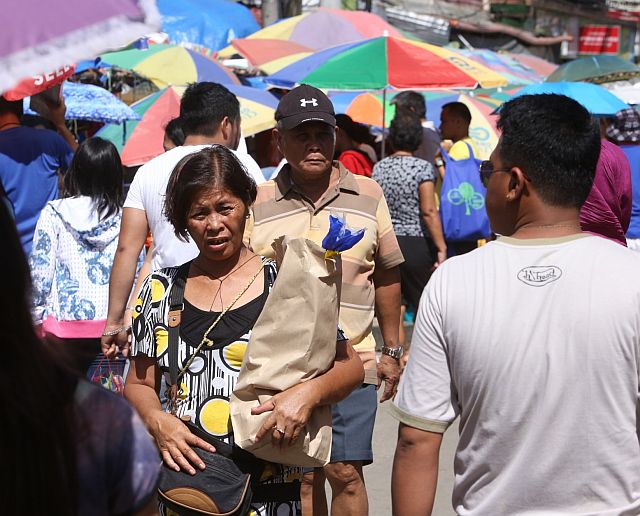 With Mandaue City’s plastic ban, store owners, vendors and consumers use paper bags while some consumers use-eco bags in shopping for groceries or vegetables and goods in the wet market. (CDN PHOTOS/LITO TECSON)

“I’m just waiting for the feedback of the legal office and the response of the Chief of Staff, lawyer Elaine Bathan, as to when these amendments will be pushed to the City Council for approval,” she said.

Based on the monthly volume of garbage collected, the city’s Department of General Services (DGS) has yet to feel the success of the ordinance.

Marivic Cabigas, head of DGS, said that it will have to take at least a year before they could arrive at any significant conclusion on the ordinance’s impact.

“Duna jud (The ordinance really has an effect) pero di pa kaayo (but not that) tremendous,” Cabigas said.

However, she observed that the presence of huge plastic bags that were normally being deposited in the Umapad dumpsite had now become very minimal since the ordinance’s implementation.

“What is being deposited into our landfill is only residual (remainder of waste materials after undergoing a process of waste treatment). Usahay (Sometimes), mga candy wrappers, shampoo, coffee and instant noodle sachets. But then katong mga dinagko nga plastics coming from commercial establishments, wala na kaayo ta’y nakita ana (We have not observed volumes of huge plastic bags anymore),” Cabigas said.

According to the records of DGS, the total garbage collected all throughout the 27 barangays in Mandaue City for the first month of the reinforcement of the ordinance amounted to 2,256.55 tons while the total amount of garbage collected along the major thoroughfares of the city was 3,434.33 tons. 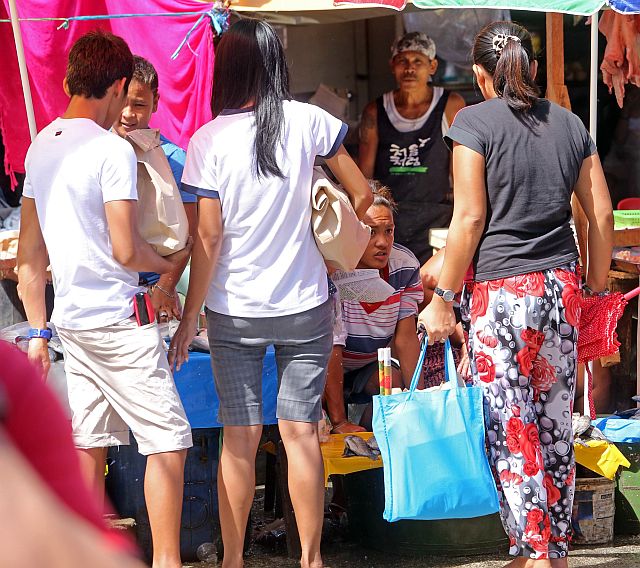 With Mandaue City’s plastic ban, store owners, vendors and consumers use paper bags while some consumers use-eco bags in shopping for groceries or vegetables and goods in the wet market. (CDN PHOTOS/LITO TECSON)

Along with the decrease of plastic bags thrown into canals and waterways, the Local Disaster Risk Reduction and Management Office (LDRRMO) observed that flood waters in the city’s flood-prone areas namely barangays Subangdaku, Tipolo, Plaridel and Banilad now quickly subside after prolonged hours of heavy rains.

LDRRMO head Felix Suico Jr. noted that after a heavy rainfall lasting about an hour, the flood would already subside within 40 minutes to an hour.