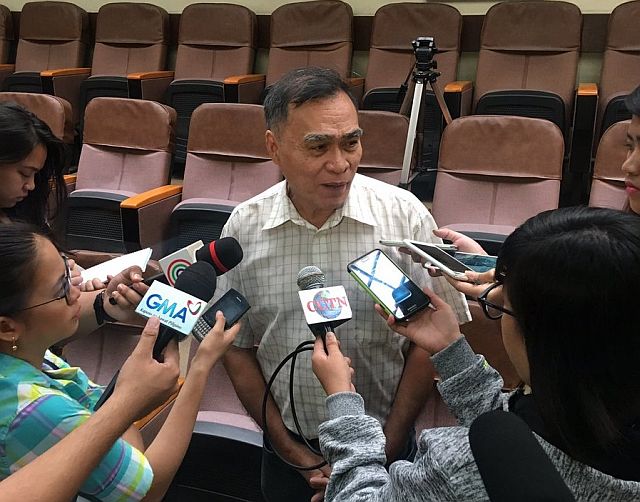 Francisco “Bimbo” Fernandez, the mayor’s executive assistant, says they will take into consideration the comments of the council in the city’s garbage disposal program. (CDN PHOTO/JOSE SANTINO S. BUNACHITA)

The Cebu City Council passed a resolution allowing Mayor Tomas Osmeña to hire the services of a private garbage hauler for the second time on Friday morning after a special session at the city hall.

During the session, The executive department submitted a copy of their yet-to-be-signed Purchase Order (PO) with a private hauler for P25.57 million.

Francisco “Bimbo” Fernandez, the mayor’s executive assistant, explained to the council that the budget we will be good for the hauling of the city’s garbage for the rest of January.

They will still hire Jomara Konstruckt Corp. which is the same service provider they employed in the first emergency procurement last month.

Based on the proposed PO, the city will still pay Jomara P1,375 per ton of garbage they haul even if the city has included a new requirement that they should have their own transfer station where the city and its barangays can dump its garbage before being transported to a private landfill.

“With this approval, this will take care of the city’s garbage from January 1 to 31. Then we will bid out as much as the remaining budget will allow for the rest of the year,” Fernandez told the council.

He added that they will soon be submitting a Supplemental Budget to augment the city’s budget for garbage disposal since the P121 million allocation under this year’s annual budget will not be enough for the entire year.

After the council authorization, Fernandez said they will call the representative of Jomara that afternoon for the signing of the PO together with Mayor Osmeña.

After which, he said Jomara can immediately start hauling the city’s garbage which are currently being dumped at a private transfer station contracted by Jomara in Barangay Inayawan.

They are also expected to finish hauling the remaining garbage in the temporary transfer station used by the city in the South Road Properties.

Last December 23, the council granted Osmeña authority to use the unspent savings of last year worth P9 million pesos on hiring a private hauler to collect garbage and dump it into a final dumping site for the last week of December this year and for the first two weeks of January 2017.