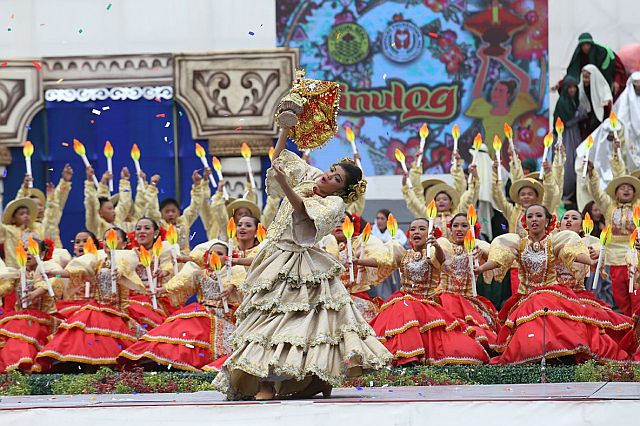 Talisay City Division and Municipality of Tuburan emerged as this year’s best after taking home the most coveted award, Best in Ritual Showdown for the Sinulog sa Kabataan sa Lalawigan for elementary and secondary divisions, respectively on Saturday afternoon at Cebu City Sports Center.

The Talisay City Division dancers performed a ritual with Christmas as their theme which included a nativity scene with Mama Mary, Joseph and Jesus Christ.

A transition and change of colors in their costumes from white, violet and gold drew loud cheers from the audience during their performance.

Aside from Best in Ritual Showdown, Talisay City Division was also took home P50,000 cash after winning the Best in Costume, P50,000 cash for Best in Street Dancing and P50,000 for Best in Musicality. 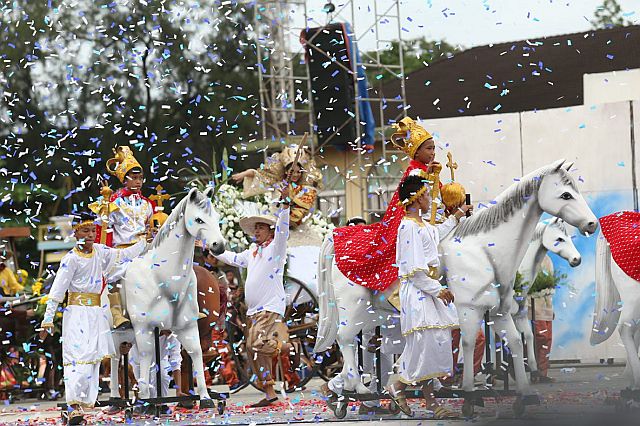 The Municipality of Tuburan performed a dance that told a story about a horse which got ill and was healed by Sto. Niño. (CDN PHOTO/JUNJIE MENDOZA)

The Municipality of Tuburan performed a dance ritual that told a story about a horse which got ill and was healed by Sto. Niño, which was choreographed by Fernando Cabrillas.

The stage was filled with horses and kalesa as props.

The Municipality of Tuburan also took home the Best in Costume and Best in Street Dancing awards.

Ricky Ballesteros, executive director of Sinulog Foundation Inc. (SFI), said he was happy with the concepts and presentations by the contingents this year.

“It was really a close competition. Even the judges had a hard time choosing the winners,” Ballesteros said.