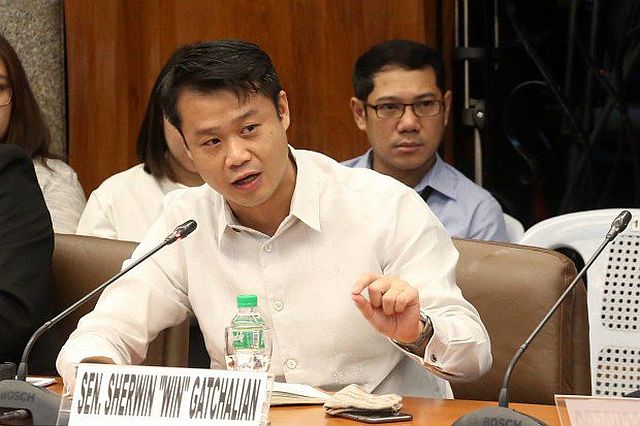 Senator Sherwin Gatchalian thumbed down on Friday the proposed imposition of excise tax on cosmetics and beauty products, saying it was not only “discriminatory” to women but it was not also a “viable alternative” to the proposed additional tax on petroleum products.

Gatchalian noted that the proposed 10 to 30 percent “vanity” tax was projected to generate P6 billion to P9 billion in tax revenue, which, he said, was only between 4 to 13 percent of the P148.2 billion expected revenue from the proposed excise tax on fuel.

“Revenue projections make it clear that the vanity tax is not a viable alternative to the fuel excise tax,” he said in statement.

Gatchalian, chairman of the Senate committee on economic affairs, also criticized the vanity tax as a “discriminatory policy,” which would have a “disproportionately adverse effect on women, the primary consumers of cosmetics.”

Contrary to proponents’ claim that the vanity tax would primarily affect wealthy consumers, who can afford high-end beauty products and services, it would also have a “more serious negative impact on rank-and-file wage earning women employed by industries which customarily require women to make themselves up in the workplace, including the retail, hospitality, and services sectors,” the senator said.

“It’s the department store sales ladies, hotel receptionists, and other women professionals I’m worried about, not the Real Housewives of Manila,” he said.

Gatchalian said it would also be unwise to unnecessarily burden the domestic cosmetics industry, a P63.2-billion industry as of 2015, which, he said, has recorded a promising 4.8 percent annual growth rate over the past five years.

Read Next
A safe Sinulog