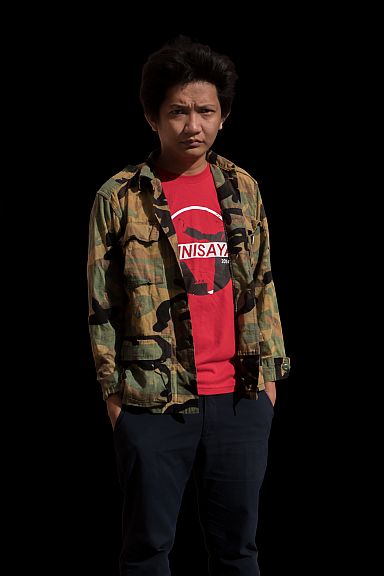 FOR KEITH Deligero, seeing his films on the big screen gives the same euphoria as buying an expensive phone or finally booking a trip to Japan from one’s hard-earned money.

On the night of the Cinema One Originals awarding ceremony, he was not expecting anything.

It was as if the happiness of seeing his film on the big screen that actually tells his life story as a film maker was more than he could ask for.

Not after his recent film “Lily” bagged three awards. Perhaps, he thought it was enough, not until he heard he was called to go on stage to receive the Best Director award.

For more than 10 years, Keith has known every single struggle an independent film maker goes through. In his early years in the industry, he used to carry with him projectors to bring his films to communities, may it be under the shade of a basketball court, basements, or even on rooftops.

There was no stopping him, even the monetary costs it would take to get a film done. Continuing the craft is a luxury, he said.

Keith has a day job making and editing videos for clients while he burns the midnight oil making scripts and planning for his next project.

Though he might be fighting his own battles in Manila’s concrete jungle, his heart will always belong to Cebu, as he shares his biggest dream, and that is to build a theater for every young filmmaker to get his craft straight to the big screen.

What is “Lily” about and how did you humanize her character?

Sa kadaghan versions sastorya ni Lily, lisod kaayo siya himuon nga salida nga dili mahimong cliche. So para madali, naghimo nalang ko ug akong version ug akong gisaksak-sinagol and tanang version nga akong nadunggan. The film is not about Lily anymore; nor it is about the origin of Lily. It is a fiction inspired by Lily Ungo as told by an unreliable storyteller.

Why did you pick the horror genre as entry to Cinema One Originals?

What’s the hardest part about making this film?

Keith Deligero’s winning moment as he was named Best Director during the Cinema One film festival. The award was presented by Shaina Magdayao (far right).

Working and directing Shaina, how would you describe her as an actress?

Aside from Shaina, name other actresses and actors that you have directed in the past? Do you still get starstruck?

What’s your reaction to the win of “Lily” in CinemaOne Originals after it went home with four awards?

In terms of directing, how did you start loving the spot behind the camera?

At what point did you realize that you wanted to make a career out of your passion in creating films?

So far making films for me is still a luxury or a hobby. It’s something I would pay to do. My career is making videos for clients. I also get hired sometimes to make bigger budget films look good in post-production.

Always… Akong stand is YOLO, so why not?

How long have you been in the industry?

I started working professionally in video and cinema around 2005 to 2006.

How many films have you made so far?

What’s the most memorable?

All of them are memorable.

In years of making films, what have you learned?

I have learned to love and hate cinema more than I did in 2006.

I heard you also do acting? 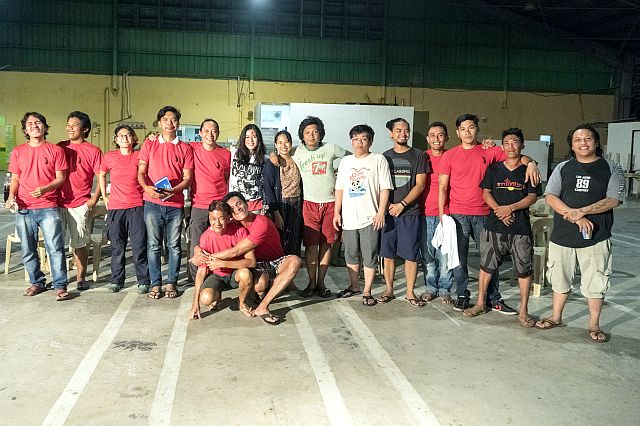 The cast and crew of the Cebuano film “Lily” together with the lead cast Shaina Magdayao (sixth from left), Ruel Antipuesto (left of Shaina) and cinematographer and Remton Zuasola, Cebuano director who was in charge of the film’s prosthetics

Why did you quit your job at a TV network in Manila?

It’s more of dropping out than quitting. Quitting is such a strong word. If i didn’t drop out, I wouldn’t have had the time for cinema.

Was there anything in particular that discouraged you?

When did you start producing and self-distributing your films?

I would not have started doing cinema if I did not self produce. DIY is the only way to start. I started
experimenting with video-on-demand as a distribution platform after my second feature film “Kordero Sa Dios” in 2012.

What are the advantages of independent film productions?

I don’t think there is such a thing as an independent production. Productions will always be dependent on a budget and even when there is no actual budget, you are still dependent on your friends who can help you in your cinema. I think we should call it “dependent films.” But having to depend on your friends is the best form of filmmaking.

You are the man behind the BINISAYA Movement. How did it start?

We wanted to make a platform that would showcase our own films to the Cebuano people until it
became more than that. We stumbled into the politics of Cebuano cinema.

What’s the goal of the movement?

”Today Cebu, tomorrow the world.” Nothing can stop the Movement from bringing BINISAYA cinema to the world.

How would you compare the reception of Manila audience to Cebuanos in terms of independent film preference? What needs to be done for
Cebuanos to appreciate indie films?

People in Manila love Binisaya Cinema. If only more venues in Cebu would screen Binisaya Cinema more, Cebuanos would get a chance to watch, and I’m sure they will also love the films. It is easier for us to actually get venues for screening outside of Cebu.

For Cebu we need a constant flow of alternative film screenings so more Cebuanos would be made aware the there are such films from Cebu. Then there is the tax in cebu. Investing on a screening is a losing game for people who can actually give us funding. The only work around with the situation is if, us the Cebuano audience would unite and go against traffic or rain and go to a non-traditional venue to watch a BINISAYA screening. We must demand for what we deserve. Only then can some reform actually happen.

What other projects are you working on now?

I do videos for clients by day and try to develop my film scripts by night. Currently I’m resting, after “Lily.” I’ll be back to the daily grind in 2017.

What’s your dream project and cast?

I want to make a film that will make me so rich I can build my own (expletive ) theater in Cebu. Then I and other filmmakers won’t have to deal with all the politics and drama just to screen our films. Cebuanos will be lining up every time there is a screening. It will be so successful that even big malls will make their own version of my theater.

What do you say to those who still think that Bisaya movies are baduy?

Bisaya is not baduy, they should know that by know. I encourage Cebuanos to watch not just BINISAYA Cinema but every alternative cinema that may come their way. Do not do it for the filmmakers. Do not do it for Philippine cinema. Do it for yourself.