Beauties in swimsuits rock the runway 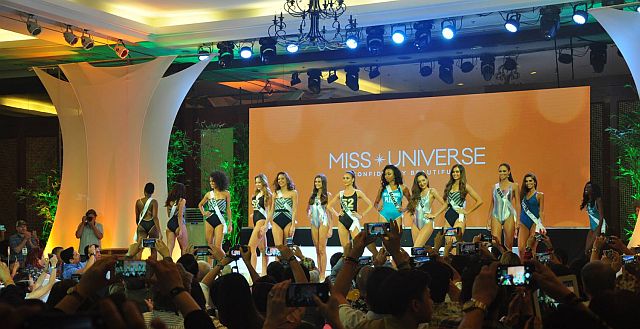 NOT even a dreary sky with occasional rain could dampen the enthusiasm here on Tuesday, as 86 candidates of the 65th Miss Universe pageant came to Cebu for the swimsuit presentation. And for the first time outside of Metro Manila, the the girls from all across the world were complete.

Heating things up, the candidates paraded pieces from the 2017 collection of Yamamay, the official swimwear sponsor of the Miss Universe, in the fashion show held at the Triton Ballroom of JPark Island Resort and Waterpark, Cebu.

The show was supposed to be held at the open area, at the Abalone Garden where two stages were set up to get a good view of the white sand beach and the crystal blue waters as backdrop. However, due to the undesirable weather, the venue had to be moved indoors where the JPark organizers had to fit 800 people who came to watch the show. 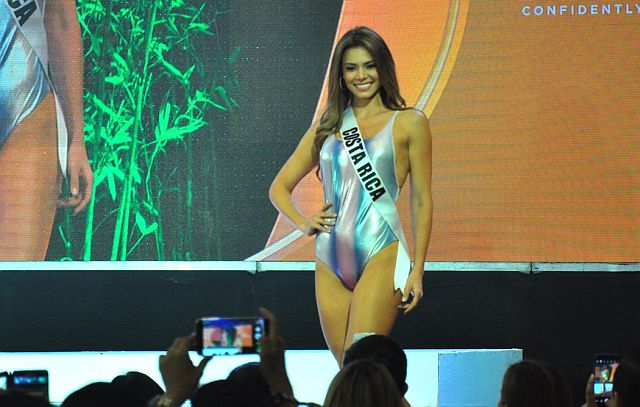 At exactly 12 noon, Sinulog dancers hit the stage to open the festive lunch that was immediately followed by the fashion show. One by one, the Miss Universe candidates were called, in alphabetical order.

Candidates from Colombia, Korea, Puerto Rico, the USA were crowd favorites, and especially our very own bet to this year’s Miss Universe Maxine Medina, who drew cheers from the audience as they strut on the runway.

Vietnam’s representative to the pageant also received applause after regaining her composure when she almost lost her balance on stage.

Arthur Lo, media liaison officer of the JPark Island Resort and Waterpark, Cebu in his speech after the show expressed how overwhelmed he was as the day came to a close. 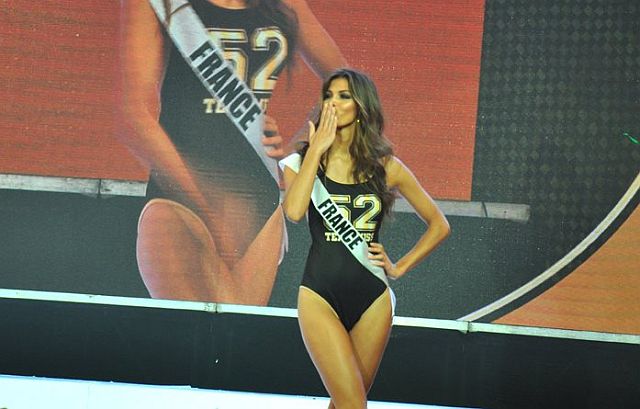 “I still can’t believe that after two months of planning, it’s already here—one of the most highly anticipated programs in the world, said Lo.

As JPark Island Resort and Waterpark, Cebu was chosen to host the swimwear fashion show, Lo hopes to showcase Cebu to the world and feature its beautiful beaches and food.

“This is a platform to make our beloved province shine, to put Cebu on the map,” said Lo. 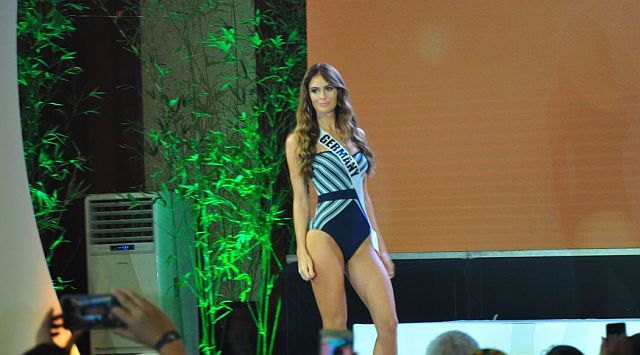 Thirteen days from now, on Jan. 30, Miss Universe 2015 Pia Wurtzbach will relinquish the crown to her predecessor. “One percent of me is sad, but also I am more than happy,” Wurtzbach said describing how she feels that her reign is about to end.

She added that Cebu is very special to her because she thinks it’s instrumental to her winning Miss Universe 2015. Wurtzbach said she visited the Basilica Minore del Santo Niño to say her prayers before her trip to Las Vegas, Nevada for the pageant.