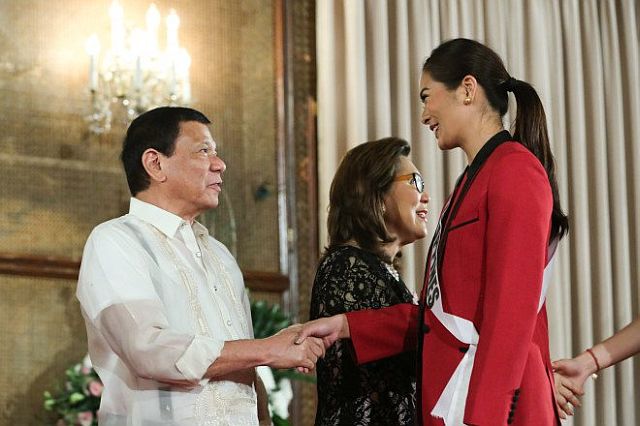 Malacañang on Saturday expressed its support for the country’s bet, Miss Philippines Maxine Medina for the 65th Miss Universe coronation on Monday.

“As the country’s representative, Maxine is able to show the beauty, warm, hope and dignity of the Filipino. We are truly proud of her,” Presidential Spokesperson Ernesto Abella said in an interview with state-run DZRB.

Abella said that the Palace conveys its most heartfelt support to all of the Miss Universe candidates, especially Medina, who deserves all the moral boost she can get “for working very hard and giving her best in a competition that promotes goodwill and friendship among nations.”

Abella said that it is an honor for the Philippines to host the international pageant.

“We are also grateful for this experience of hosting the pageant, assured and confident that [the 2016] Miss Universe experience has been joyful and memorable for all the candidates and our foreign guests,” the Palace official said.

“We invite them to come back and bring more of their friends to explore the various islands of the Philippines, ready to be astonished [by] the unexhausted beauty of each one and willing to be moved in every way by the fervent spirit of the Filipino people,” he added.