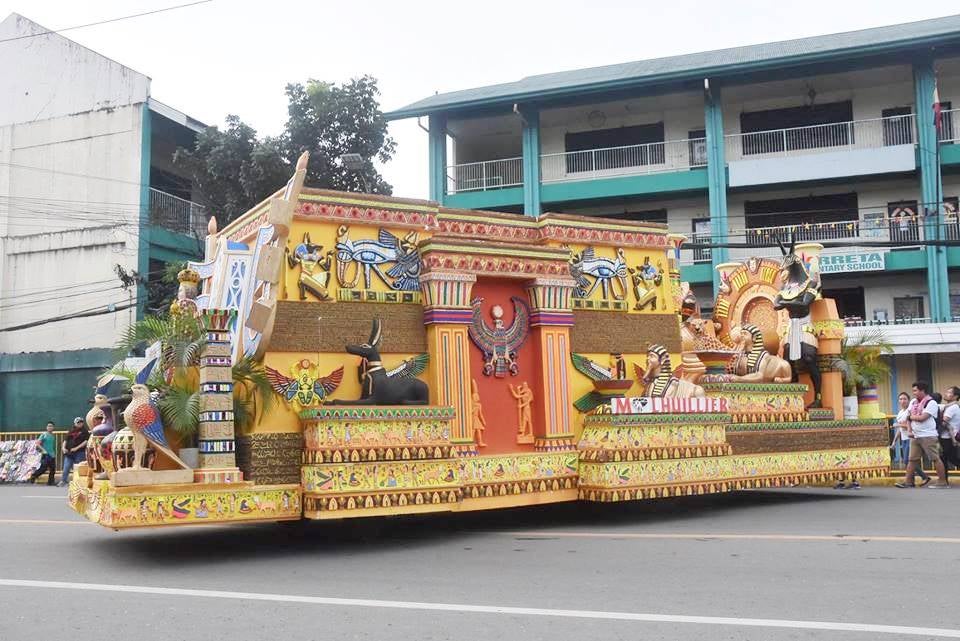 The delightful float was an intricate rendition with its Egyptian design concept – pyramids, posts and pillars, statues of the gods, paintings, hieroglyphs, lotus flowers, gold bars, coins, jars and the Sphinx.  An image of the Sto. Niño was placed at the front center of the massive piece signifying His supremacy over the grandest of things on earth.