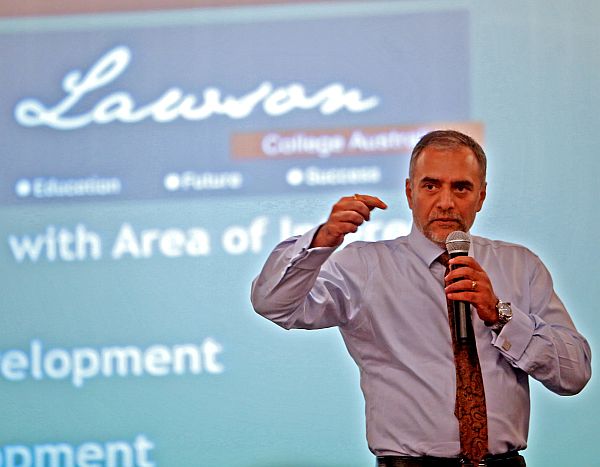 MORE Filipino nurses are encouraged to work in Australia amid an increasing demand in the country for personal care workers and other aged healthcare professionals.

Vikram Sharma, an Australian-registered migration agent, said one of Australia’s problems in recent years is that it has been losing most of its professionals to retirement.

“We need more healthcare workers to meet the demands of an aging population,” he said at the sidelines of the Australian Nursing Career Expo in Cebu City last Saturday, where over 200 nurses were present.

The Australian Federal Employment Department projected healthcare and social assistance jobs to increase by almost 800,000 by the year 2025.

On the other hand, data from the Department of Labor and Employment (DOLE) showed that the Philippines produces 200,000 Nursing graduates annually while there are only 2,500 available nursing jobs that await them.

Because of this surplus, many are forced to work abroad or stay in the Philippines but work in unrelated fields while waiting for a vacancy.

Sharma, who is also the president of Lawson College, said they aim to train Filipino nurses on skilled work that would make them eligible for permanent residency in Australia as well as give them qualifications to succeed anywhere in the world.

Around 7,000 to 8,000 Filipinos come to Australia to study, a majority of these coming from medical backgrounds.

Sharma said Lawson College alone accommodates 300 students every year, 80 percent of which are Filipinos studying to be registered nurses in Australia.

The Filipino market is a relatively new one in terms of international studies, but Sharma said they see great potential for figures to grow.

Unlike other countries where Filipino nurses are also in demand such as Canada or New Zealand, more prefer to go to Australia because it is closer to the Philippines geographically as well as climate-wise.

The qualifications of Filipino nurses are also recognized in Australia, except they still have to go through exams to be registered there, and that the pay for nurses is higher compared to other countries since it has a bigger economy, said Sharma.

Australia also only requires at least three months of work experience, whether paid or unpaid, to be qualified to take the education pathway for nurses unlike others that require at least two years of paid work experience.

More than 90 percent of Filipinos who study to become registered nurses in Australia pass the country’s licensure exam for nurses.

Last Saturday’s expo was organized in partnership with Enhance Visa, a 22-year immigration consultancy firm based in Cebu City.

The company held a similar expo for Canada last January.